Yet for a country struggling to discard the tag of insecurity, lots of things apparently remain like sticking sore thumbs.

So this week, after the Galmudug fiasco, we seem to have gone back to the usual federal-government-federal-state tugs of wars.

First, the federal government of Somalia deployed Somali Special troops, reportedly trained by Turkey to the Gedo region of Jubbaland. They were supposedly responding to the arrival of former Jubaland security minister Abdirashid Janan in Bulahawo*, near the Kenya-Somali border.

Janan, fingered by the federal government for rights violations in the past, had been under house arrest since September last year when security forces detained him while in transit at the Aden Abdulle International Airport in Mogadishu.

His past means he has blood on his hands; say rights group Amnesty International, which has asked Kenyan authorities to ensure Janan returns to Mogadishu to face justice. Kenya is where Janan fled to before he went back to his base to reorganize.

But the minister had sensationally claimed he was in fact helped out of Mogadishu by federal government operatives.

So the special forces of the SNA, according to the Somalia Interior Ministry, are to help guard the border. But critics quickly asked why the troops did not deploy to battle Al-Shabaab in the larger areas of Jubaland the militants still control.

“If a federal-state exists with its own security, it behaves the federal government to ensure there is some form of cooperation,” argued George Okwaro, a security policy researcher in Nairobi.

“There are issues with Janan which require a serious investigation. But timing that kind of incident with deployment makes it suspect. So what do you do? I think the federal government should have made a formal demand first, to have him arrested. They also need to try him in court, not detain him without charge. That will give good perception,” he added.

There could valid grounds to punish him for any rights violations. This week Farmajo himself tendered an apology to Somaliland for the atrocities committed by Siad Barre when they bombarded and killed thousands in Somaliland (Somalilanders memorialized the atrocity by erecting the remnants of a jet shot down in the 1988 war).

Yet Amnesty International issued a report that showed Farmaajo’s administration may be committing similar violations against opponents and journalists.

Farmajo’s Somaliland apology was tempered with a demand that those fighting his government out to apologize and come back into the fold.

Which suggests Janan, in the Jubaland deployment, may have been a smokescreen. With elections around the corner, some see the deployment not as meant to combat Al-Shabaab but to encircle Jubaland and weaken their leadership.

Farmajo refuses to recognize Ahmed Madobe as president of Jubaland.

“Most of the Gedo region that was liberated many years ago has deteriorated as President Farmaajo interfered, divided communities into sub-clans, fiefdoms and sent SNA from Mogadishu to Gedo,” Bedel Idd Mohamed, a former diplomat in Somalia wrote on his Twitter page arguing the deployment could worsen the situation.

In truth, there are larger areas in Jubaland that Al-Shabaab control and Ahmed Madobe, the President of Jubaland state of Somalia may not be able to travel from Kismayu to the second largest town in the area by road because of Al-Shabaab control roadblocks.

Which is why experts suggest cooperation, rather than going for each other’s throats.

“The SNA presence in Gedo will endanger the fight against Al-Shabaab,” he added.

There are indications the Somali National Army is improving by the day, buttressed by the US and Turkey and other global partners.

This week, the US resumed direct security assistance to a non-mentored unit of the Somali National Armed Forces this week in support of counter-terrorism operations in Lower Shabelle against Al-Shabaab.

The assistance had been stopped pending proper auditing of the forces as well as public financial management of the SNA.

But the SNA operates under real-life challenges. They are yet to take control of the entire country from Al-Shabaab. And Somalia is a federal state that has local units that have local security forces, all legal under the provisional federal constitution.

A report by the Lead Inspector-General of the US Congress this week said Al-Shabaab has experienced “limited success” against Al-Shabaab and that “the SNA has not been successful without international support.”

Yet Farmajo’s officials, in justifying the deployment, also accused Kenyan authorities of interfering with Somalia’s internal issues by hosting Janan. Kenya, Djibouti, Ethiopia, Uganda, and Burundi have contributed troops to AMISOM, the African Union forces fighting in Somalia against Al-Shabaab.

So how far can Farmajo’s continued tiff with Madobe go? Some suggest it could end as soon as one is voted out. Others think the two could merge their interest, in case they need to save their political careers.

There are suggestions, however, that Farmajo’s policy may be unpopular for now. US Ambassador to Somalia Donald Yamamoto, who was fighting criticism a week ago for endorsing new Galmudug President, may show why.

On Wednesday, he and US Africa Command Commander Stephen Townsend toured Kismayu where they met President Ahmed Madobe.

And a statement coming out of the meeting from the US Embassy in Mogadishu showed Yamamoto referring to Madobe as “Jubaland leader.”

Observers think that recognition is important as it is needed to attract everyone to the table.

“It is about liaising, setting the foundations for a collaborative offensive by Federal government of Somalia, Jubaland, and Kenya against Al-Shabaab,” argued Abdimalik Abdullahi, a researcher on the Horn of Africa and geopolitical issues.

He hoped that the gesture of recognizing Madobe by the US should immediately be followed by Farmajo doing the same.

That way, he said, there will be a tac-team approach against Al-Shabaab, as well as discussions on how Somalia should move from here.

Except that on the day of the meeting, there were reports of gunfire exchange between Jubaland security forces and militia loyal to former Jubaland spokesman Abdinasir Seerar, now a political rival. 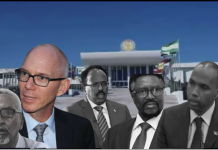 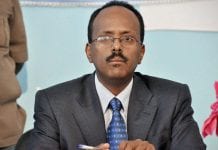 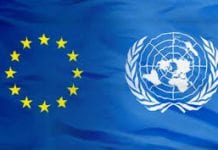 Non-proliferation: Statement by the Spokesperson on the subscription of Somalia to the Hague Code of Conduct 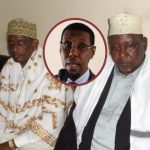 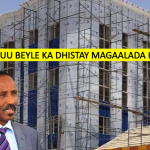 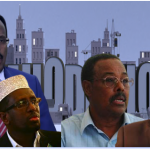 Muqdisho Online is your news, politics, and everything in between website. We provide you with the latest breaking news and videos straight from Somalia. Muqdisho Online is an independently-operated news agency that specializes in publishing objective and timely Somali news from direct sources inside Somalia. The Web site is updated on a minute-by-minute basis and offers our global audience all the latest developments in Somalia on a bilingual platform [Somali, English]. The Web site relies on the professionalism and dedication of its staff – skilled reporters who work in harmony with experienced Web editors to deliver relevant news on time. Editorials, opinions and other commentary regularly appear on muqdisho.online, with the ultimate intention of offering our worldwide audience a variety of views on different and relevant topics, stretching geographically from the Horn of Africa to the far ends of the globe. We are always open to ideas.
Contact us: [email protected]
© Copyright 2018 Muqdisho Online | All Rights Reserved | Xuquuqda way dhowran tahay
Wasiir Islow oo loo adeegsanayo hagar daamada beesha Mudulood
Akhriso
MORE STORIES 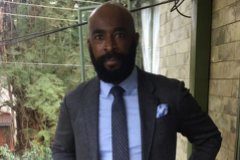 AMISOM Director of Political Affairs, Babatunde has been found guilty of...