It has emerged the United States (US) Embassy in Ethiopia had issued a travel advisory to its personnel and citizens warning them not to travel to or from Ethiopia’s Bole International Airport two days to the Sunday, March 10, plane crash.

Advisory was issued in connection with the protests that broke out on March 6 in Oromia region and major towns within Addis Ababa over land allocation row pitting the Oromos, who have for decades laid claim to the capital, and the city’s administration.

Ethiopian Airlines’ flight headed to Kenya crashes with 157 people on board United States Embassy in Ethiopia on March 8 advised its personnel and American citizens to avoid Addis Ababa city on Sunday, March 10. Photo: US Embassy. Source:

In a statement shared on its website and social media pages, the US Embassy noted a number of protests had already been witnessed in parts of Oromia region since March 6. “The US Embassy is aware of calls for a protest to be held on Sunday, March 10, 2019, at Meskel Square.

It is unknown whether the protest has been or will be approved by Ethiopian authorities. Protests have already occurred in many parts of the Oromia region since March 6, and additional protests may materialise,” the US government warned.

The embassy advised its personnel and American citizens to avoid Meskel Square and limit movement around Addis Ababa on Sunday, the same day Ethiopian Airline’s aircraft B-737-800MAX went down with 157 people on board.

“The U.S. Government’s travelers have been advised not to arrive or depart Bole International Airport on Sunday, March 10, and U.S. Embassy personnel are also temporarily prohibited from traveling to Oromia,” the statement read.

Ethiopian Airlines: Africa’s largest flag carrier flies high with zero funding from government The embassy, however, issued another security update a day later advising that its citizens and personnel could resume traveling to or departing from Bole International Airport, thus negating the previous security alert.

It is understood the Sunday morning plane cash, which took place at around Bishoftu (Debre Zeit), could just be a terrible coincidence and may not have anything to do with the US Embassy’s earlier security alert, which was issued in reaction to the protests in Ethiopia’s Ooromia region.

According to the Ethiopian Airlines, aircraft B-737-800MAX with registration number ET-AVJ took off at 8.38am local time from Bole International Airport in Addis Ababa, Ethiopia, and lost contact at 8.44am, six minutes after takeoff. “Search and rescue operations are in progress. We have not confirmed information about survivors or any possible casualties. Ethiopian Airlines’ staff will be sent to the accident scene and will do everything possible to assist the emergency services,” the airline said in a statement. A total of 157 people who were on board the ill-fated flight are feared dead. 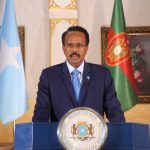 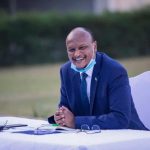 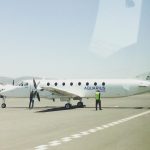