Somali woman says facing discrimination is “nothing new.” But getting harassed and allegedly attacked for birdwatching on a suburban street? 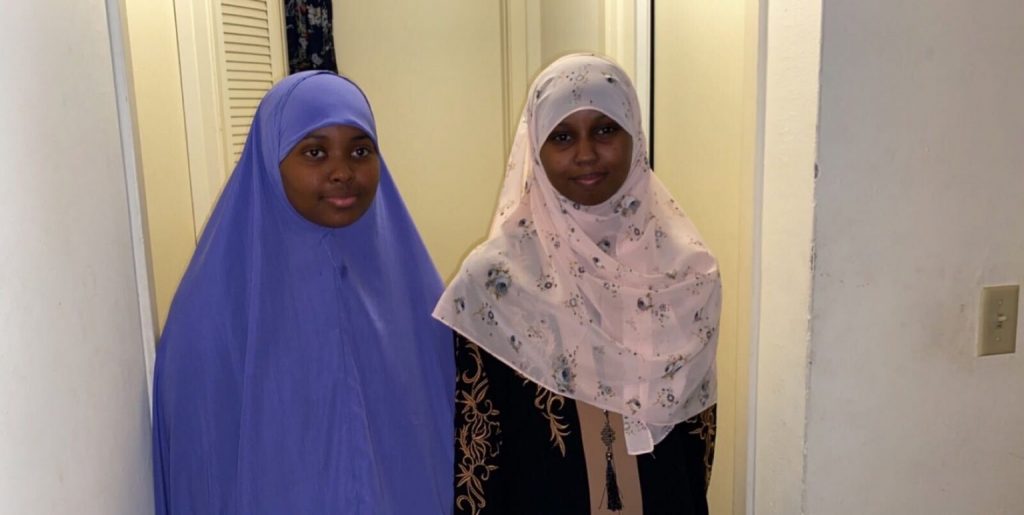 Somali woman says facing discrimination is “nothing new.” But getting harassed and allegedly attacked for birdwatching on a suburban street?

On her way home early Friday morning, Nasro Abdullahi and her sister spotted a wild turkey on the side of the road near a Holiday gas station in Bloomington.

Nasro, 20, who was bringing her sister, Hibo, 19, home from work in a car-tool machine shop, stopped the car to let her sister take a picture. “I don’t think she had ever seen one before, so she wanted to check it out,” Nasro said of the turkey.

Nasro didn’t immediately notice a man behind her. He was taking video of her and her sister, she said, and soon approached their car.

The man, whom Nasro described as white and in his mid-50s, was on foot walking two dogs. He approached her car and started cursing at her, repeating that she was breaking the law. He threatened violence.

As he reached the driver’s side of her car, the man threw a punch at Nasro, she said, missing and hitting her car window instead. “If I wasn’t quick enough to pull up the window, I would have been hit,” she said.

Nasro said she couldn’t imagine anything she did to draw anger from the man. She could only think of one explanation for his actions. Both she and her sister are Somali. “I was covered” with a hijab, she said.

Nasro said facing discrimination is “nothing new” for them. But, she added, “the fact he came to punch me”—and here her voice trailed off.

In May, a racist incident in New York’s Central Park introduced the nation to the term “birding while black,” after a white woman called the police on a Black man who was birdwatching. The event led to criminal charges (for making a false police report) against the white woman. And it  started a national conversation about the hostility and threatening behavior Black people often encounter doing routine things like jogging, picnicking or photographing wildlife in the outdoors.

Nasro wasn’t sure what the man was accusing her of doing or why it might be illegal. The sisters were stopped on an access road near the gas station’s car wash. “It didn’t say, ‘Do not park,’ or anything,” she added.

It was a little after 7 a.m, and the start of the Eid al-Adha holiday, when Nasro and Hibo quickly drove away and parked outside their home, just one block away. She believes the man got a look at her home, which concerned her. She called her father and described the incident.

“This guy knows where I live,” she recalled telling her father, “and he just threatened me.”

Nasro’s father told her to call the police. He reasoned that allegedly racist incidents like this happen often and could lead to something even more serious. She made the call and finally got through to a Bloomington police officer around 9 a.m.

“I told them I was afraid that if I go out again, this guy might hurt me or follow me,” she said.

The officer, Nasro said, patrolled the area and did not see the man or any other suspicious activity. The police told her to call again if she sees him or finds anyone following her again.

Reached by phone, a Bloomington Police Department spokesperson would not immediately comment on the incident.

Nasro said everything happened so abruptly that she didn’t get a chance to take a photo or get a good look at the man who she said menaced her. But they did come away with a photo of a turkey.

The morning incident left her shaken. Eid al-Adha is supposed to be a day of celebration, but Nasro and Hibo later told a family friend they spent it in fear. “Definitely, that’s a form of hate,” Nasro said of the man’s actions. “I didn’t cause any trouble. You don’t just go up to random people and say, ‘I’m going to shoot you.’”. 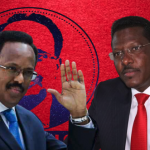 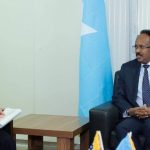 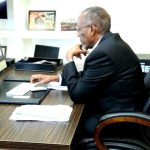