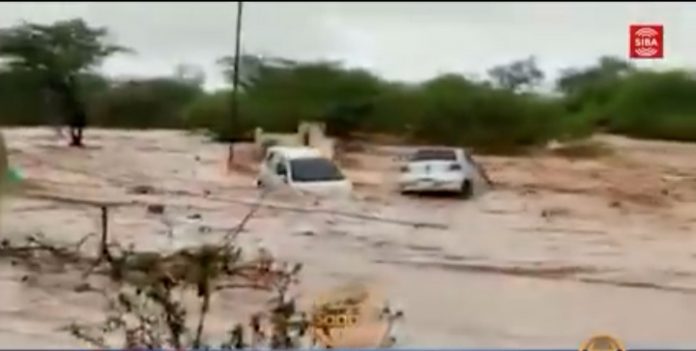 Torrential rains have affected commmuters who use Hargeisa’s main bridge. Fears that the bridge might collapse resulted in many commuters to become stranded in one part of Hargeisa, where they travel from to break the fasting in another part of the city

The main watercourse into which rainwater flows was yesterday a scene of devastation after floods unexpectedly swept away at least seven cars and lorries. “Drivers must take extra care during the rain season. The watercourse turns into a valley during the rainy season” said one Hargeisa resident.

Many businesses have been affected by floods. Hargeisa residents have expressed concerns about the reliability of the main bridge.

“Floods erode the foundation of the the bridge. The local government had to temporarily close the bridge to prevent it from buckling under the pressure from traffic” said Ali Ahmed, a mechanic who works In Jigjiga Yar neighbourhood in Hargeisa.

One man complained of being unable to deliver food for a fasting patient in a hospital in another part of Hargeisa. “I am stranded in here, you can see the speed and intensity of floods” he said.