There are many violent incidents in Mogadishu that often go unnoticed. But when Hamdi Mohamed Farah was tossed over a six-storey building in the city’s Waberi zone, anger boiled over in Somalia’s capital.

Ms Farah, 19, had completed high school, breaking barriers in Somalia’s conservative society, and was due to join college later next year. But a gang killed her at the prime of her life.

Police reports say at least a dozen young men raped her in turns and, after they were done, they threw her headlong, six floors to the ground.

What followed has been anger, protests, political statements and controversy over how Somalia should end the continual incidents of sexual violence.

Mustaf Sheikh Ali Duhulow, a member of Somalia’s Lower House of Parliament, visited the family of Ms Farah on Monday. It was an unusual visit for politicians.

The MP was accompanied by Mr Mohamed Abukar Ja’far, the Commissioner of Daynile, a district that lies on the western suburbs of the Somali capital Mogadishu where the late Hamdi’s family resides.

Duhulow, who hails from the Daynile area, met the family to share his sorrow about what happened to Hamdi and offered condolences.

“The rape and killing of Hamdi sent shockwaves across Somalia, and no stone will be left unturned to ensure justice is served,” Duhulow told the victim’s relatives, equally detesting the act of throwing the victim’s body down from the sixth floor.

Later, the family received a call from someone using the girl’s mobile phone, telling them that her body was at the mortuary at Medina Hospital, the largest referral facility for victims of violence in Mogadishu.

Another MP, Hassan Moalim, incidentally a distant relative of Hamdi’s, issued a statement on Tuesday, pledging that he will follow up on the girl’s case.

“I want to tell the Somali people and my constituents that I will not rest until the late Hamdi gets the justice she deserves,” stressed Moalim.

On Monday, police said they had arrested 11 suspected members of the gang while angry youths went round the neighbourhood torching houses of suspected gang members. Police had a hard time controlling youths attempting to take the law into their own hands.

Ms Farah’s rape and murder isn’t an isolated incident, it’s just the most high profile one. There is a pattern in Somalia where children, girls and women are constantly assaulted.

The UN says that up to 98 per cent of women in the country have faced one sexually violent incident or another, including rape, female genital mutilation or other forms of harassment.

For Ms Farah, it was more painful for women lobbies because she is part of a generation that represents hope by pursuing education. In Somalia, only 3 in 10 women can read or write.

The country records about 800 cases of sexual violence.

Members of the Somali National Women’s Organisation (SNWO) expressed their outrage over the incident.

Ms Bilan Bile, SNWO’s director for states’ and district affairs, insisted that the organisation will embark on a new anti-violence campaign, including action against escalating rape and murder incidents targeting women.

“Our campaign will be designed like the universal ”Me Too movement,” Bile told the Nation over the phone from her home.

“We will encourage Somali women to shed the negative attitude of seeing rape as an unmentionable occurrence,” she added, insisting that affected women will face the media, including the television, to claim their rights.

She expressed anger at what happened to Ms Farah and Aisha Ilyas, the 12-year-old pupil who was kidnapped, gang-raped, killed and her body dumped near her house in Galkayo town, 750 km north of Mogadishu, last year.

“SNWO will arrange programmes and produce documentaries to raise the awareness of the public against violence aimed at women,” said Bile.

Ms Ifrah Ahmed, who campaigns for the elimination of female genital mutilation (FGM) and gender-based violence (GBV) in Mogadishu, expressed dismay that the Sexual Offences Bill had been rejected by the Lower House of Parliament on Monday.

Parliament said the Bill contained clauses that are incompatible with Islam.

“The Bill had been formulated by the Ministry of Women and Human Rights Development and passed by the council of ministers,” said Ahmed, who stressed  that the law would safeguard women’s rights in particular.

The Bill, proposed in 2018,  had proposed tough penalties for rapists. But the Lower House has enraged the public after choosing to debate another Bill — Sexual Intercourse Bill — which allows girls in puberty to be married off as long as the family, not the individual, consents.

The Council of Religious Leaders (CRL) praised the Lower House of  Parliament for rejecting the Sex Offences Bill.

Sheikh Nur Barood Gurhan, the deputy chair of CRL, said: “The Bill could not be endorsed by Parliament because it used words like sex.”

The clerics believe that the mere fact that the Bill described the various ways sex can take place was seen as an evil that will undermine Islam’s integrity.

Sheikh Gurhan further said: “The reasons that prompted the escalation of rape must be investigated rather than passing controversial laws,” hinting that the increased rape cases could be funded by groups or masterminded to spoil the nation’s Islam-based culture.

Mohamed Shire, a civil society activist with Somalia Non-State Actors (Sonsa), described what happened to Hamdi, Aisha Ilyas, and many other women as heinous crimes.

“The crimes of kidnap, rape, killing and body mutilation of women are intolerable,” Shire told the Nation on Tuesday.

He added: “We have to take every measure to reverse the awful trend.”

To show seriousness, the Somali Police Force issued a statement on Tuesday, stating that 11 persons were detained in connection with the killing of Hamdi.

The spokesman of the police force said: “Up to 11 persons have been seized by the police and investigations are going on in connection with the rape and killing of Hamdi Mohamed Farah.” 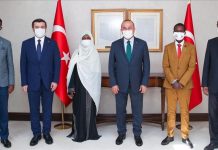 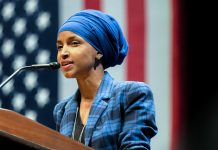 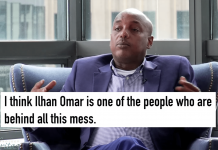 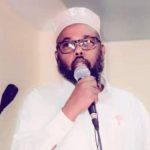 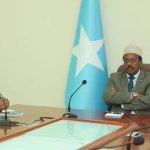 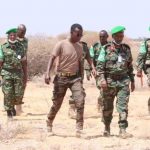