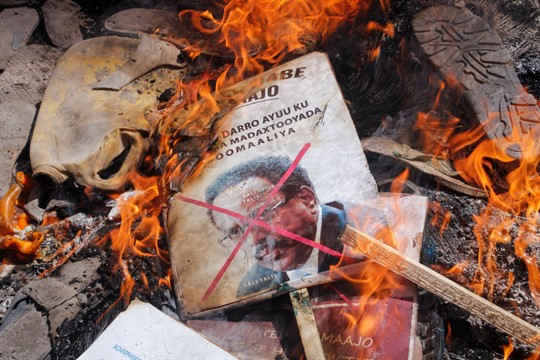 Somalia stepped back from the brink of widespread violence Wednesday, when incumbent President Mohamed Abdullahi Mohamed abandoned his controversial effort to unilaterally extend his term amid months of electoral turmoil. Mohamed’s about-face came after several weeks of escalating conflict, sparked by his decision on April 14 to sign a law extending his mandate and that of federal lawmakers by two years. While the legislation had been passed by the lower house of Parliament, it had yet to gain approval from the Senate, a required step before a bill can become law in Somalia. Mohamed’s decision to sign it anyway led to sporadic violent clashes in the capital, Mogadishu, between federal troops and forces loyal to the president’s opponents.

The term extension had drawn a swift and stern public rebuke from the United States, one of Somalia’s key security partners. Secretary of State Antony Blinken said in a statement that the Biden administration was “deeply disappointed” by the move and opposed “mandate extensions without broad support from Somalia’s political stakeholders.” Blinken added that implementation of the bill could lead the U.S. to reevaluate its bilateral relationship with Somalia, potentially affecting diplomatic engagement and assistance, and perhaps even resulting in the imposition of sanctions and visa restrictions. …