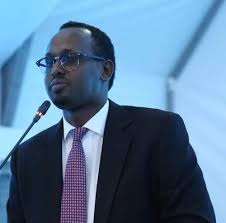 The security forces in Mogadishu on Sunday night opened fire against a former director of Somalia’s National Intelligence Security Agency [NISA], in what could escalate political tensions in a country struggling with instability.

Speaking to the media, General Abdirahman Mohamud Turyare said” I came under fire while the convoy was driving in the vicinity of Miranayo at around 11 pm. I’m so grateful to Allah, I survived the shooting”.

The ex-NISA boss added that the troops that attacked him were special soldiers from the “Duufaan brigade” recently deployed to some streets in the capital who take orders from Fahad Yasin, the current spy head.

The shooting took place near the new residence of former President Hassan Sheikh Mohamud amid a worsening security situation in the fragile capital city.

No casualties were reported and the motive behind the shooting unclear. For the last two months, there has been a political crisis in the country with opposition leaders calling for the resignation of President Mohamed Abdullahi Farmajo, whose term expired on Feb 8.

Most top leaders led by Gen Turyare and other former chief security officers have endorsed calls to have structured dialogue in the country, but Farmajo is said to be adamant, leading to the current political stalemate which has triggered animosity between government and the opposition.

The ex-spy chief Gen. Turyare and General Koronto, a former SNA officer spoke about shots were fired by government forces as they passed the intersection, accusing government troops of being “unreasonable and unprofessional” as the current government failed to fix security.

Former Somali Presidents Sharif Sheikh Ahmed and Hassan Sheikh Mohamud had moved to new areas in Mogadishu after Farmajo extended his term. They have often accused security forces of being misused by political elites to cause chaos in Somalia.