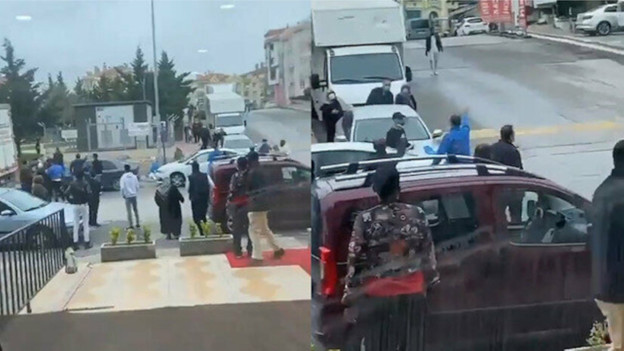 Somali businesses have been the target of a fascist attack in Ankara’s central Kızılay neighborhood, just five days after a Turkish newspaper’s racist reporting on Somali nationals.

Several Somali enterprises have been the target of a fascist attack in the Turkish capital Ankara’s central Kızılay neighborhood, in less than a week after a newspaper’s racist reporting on Somali nationals.

Various reports said a mob on April 20 broke the windows of the Somali Restaurant and attacked its employees.

“An irresponsible headline that you publish in a newspaper is causing all this,” journalist Fırat Fıstık wrote on his Twitter account.

The attack came after daily Sözcü released a news report titled “Central Ankara has turned into Somalia” on April 15.

The daily shared the news piece with the following sentence: “Business people and refugees coming from Somalia have altogether turned two streets in Kızılay into their own country.”

Just five days after the release of this news piece, Somali shops and cafes on the aforementioned two streets have been targeted by a racist mob.