Last week the United States State Department named more countries than ever before – 14 – in its latest annual list of governments responsible for the recruitment and use of children as soldiers. Cameroon, Libya, and Nigeria were added this year, joining repeat offenders such as the Democratic Republic of Congo, Myanmar, Somalia, South Sudan, Sudan, Syria, and Yemen.

Non-state armed groups are responsible for most child recruitment around the world, but US law – the Child Soldiers Prevention Act – aims to hold governments accountable for their forces’ recruitment or use of children, or support for militias or paramilitaries that recruit or use children. Those on the list are ineligible for key US military assistance programs, unless they receive a waiver from the White House.

Despite the growth of this year’s list, the report documented some encouraging developments. In the Democratic Republic of Congo, there have been no verified cases of child recruitment by national armed forces for five years, age verification efforts prevented the recruitment of over 140 children last year, and investigations and prosecutions of child recruiters have increased. Government forces, however, continued to collaborate with proxy militias that use children in armed conflict.

In Sudan, the new government has issued command orders against child recruitment, trained more than 5,000 military personnel, and, after reports of child recruitment in May 2019, allowed United Nations verification visits to ensure children were not present.

But in Afghanistan, government forces continue to recruit children with impunity. The use of children by Syrian government forces is commonplace, with no effort to hold recruiters accountable. Iran continues to force or coerce children to fight with militias in Syria, and funds militias using child soldiers in Iraq and Yemen.

The Child Soldiers Prevention Act offers little leverage to influence child soldier use in countries like Syria or Iran, where the US provides no military assistance. And presidents have routinely used their waiver authority to continue military aid to countries still using child soldiers. Last year, for example, waivers allowed Afghanistan, Democratic Republic of Congo, Iraq, Mali, and Somalia to receive $17 million in military training and assistance.

The State Department should use its diplomatic influence to press all countries on the list to end their involvement in child soldiering. The White House will not make its waiver decisions until September, but it should send a clear message: if you want US military aid, you can’t use children as soldiers. 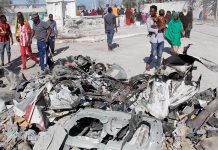 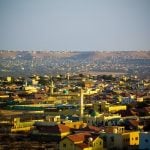 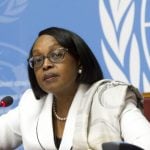 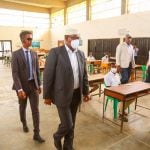