On January 12, Ali Sharif Ahmed, Somalia’s ambassador to the United States,penned an article suggesting Somalia had turned the corner and is poised for success, so long as American taxpayers grant it $1 billion in debt relief.

Alas, many of his declarations appear completely disconnected from reality.

There is no conspiracy against Somalia to deny its rightful place; but the problems Somalia faces—corruption, insecurity, and increasingly dictatorship—are of its own making.

Ambassador Ahmed targets Dr. Michael Rubin for pointing out that the Republic of Somaliland is more peaceful, secure, and democratic than areas controlled by the Somali government in Mogadishu. It is a truism that officials opt for ad hominem attacks when they are unable to win a debate on its merits. Alas, the ambassador must have missed other prominent news outlets that agree with Rubin’s grim assessment of Somalia’s progress against terror. Let me cite only a few of the dozens of such analysis:

2. The Somali government’s attention is not focused on defeating al Shabaab

It is disingenuous at best to claim that the Federal Government of Somalia under President Mohamed Farmajo’s leadership has made any considerable gains against Al-Shabaab who not only have frequently slaughtered scores of civilians but has brazenly killed even government officials in their heavily guarded offices.

Some of the most devastating attacks by Al Shabab under the watch of current the government included the October 14, 2017 massive bombing at the Zobe junction in the heart of capital that left 587 dead and 316 injured and the latest suicide bombing on December 28, 2019 which killed at least 79 people and injured 149 at the Ex-Agoi Junction on the southern outskirts of the beleaguered city. As proof of its infiltration of the government institutions, the terrorist group used a government employee suicide bomber to kill the mayor of the capital and a score of his executives in July 2019 during a meeting in their well-protected office building.

Under Farmajo and Prime Minister Khaire’s leadership, the Federal Government of Somalia (FGS) has managed to alienate and sought to destabilize every member state by trying to install its own handpicked puppets, using US taxpayer funds intended for development or combating terrorism. Thankfully, in many cases, their destabilizing efforts have backfired spectacularly as Jubbaland and Puntland have both shunned the  FGS efforts and carried on with their own elections contrary to the South West State where the FGS installed its own henchman and scores of citizens who protested were killed by government forces. It also prompted the government to expel the UN’s top envoy Nicholas Haysom who cited the killing of citizens exercising their right to peaceful protest.

President Farmajo has also proved to be the most hostile leader to Somaliland since Somaliland exited its union with Somalia 30 years ago, choosing low-intensity war over real Somaliland-Somalia talks started by his predecessors.

On countering terrorism, the reality is that Farmajo has embraced the very thing he was supposed to destroy by handing the state intelligence apparatus to people with known ties to Al Shabab terror groups.

Far from being defeated and on the run, Al Shabab seems to be running a more effective government in Mogadishu as the Finance Minister openly admitted that Al Shabab is more effective in collecting taxes than the government and in the same article Mogadishu resident recount their fear of being murdered if they do not pay taxes.

Al Shabab is now attacking neighboring Kenya with alarming frequency; the cancer that Somalia’s Federal Government has failed to excise is menacing the peace of others in the region.

One of the areas Somalia has succeeded is its uncanny ability to hoodwink hapless diplomats in Nairobi to go along with their grand lie that they are making considerable progress in defeating terror. Ambassador Yamamoto would have hard time explaining to Congress how U.S. persons were killed by Al Shabab in Neighboring Kenya in a joint military base.

On the issue of debt relief, let’s get clear on a few things that everyone seems to forget. The Somali government led by the deposed dictator Siad Barre did not borrow to make the lives of average Somali citizen better by building infrastructure and providing education, but he borrowed it to build one of the bloodiest armed forces in Africa. The debt was used to purchase the weapons he used in the massacre of the people of Somaliland. This is why, the people of Somaliland see the issue of debt relief from an entirely different perspective; they believe that the world must pay reparations to the people of Somaliland for funding Siad Barre’s genocide.

Contrary to the ambassador’s wishful assertion, debt relief will have no effect on defeating Al Shabab, because frankly Villa Somalia—Somalia’s equivalent of the White House—has shown no interest in defeating terrorism but as experience has shown us the debt relief for Somalia will only serve to create a new source of funding for Farmajo and his cronies to pillage and continue to be a destabilizing force in the federal member states. To provide $1 billion in debt relief to Somalia would not only be an insult to American taxpayers, but would further rather than resolve conflict in the Horn of Africa. 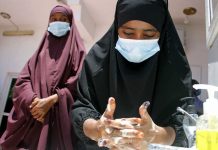 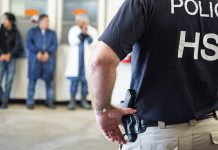 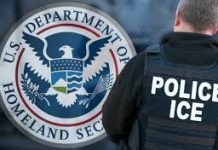 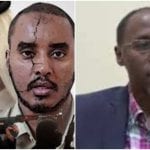 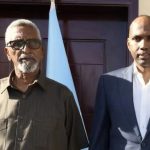 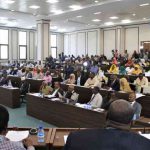