Arrears on loans owed by Somalia to the African Development Bank (AfDB.org) Group have been cleared following the payment in full of $122.55 million by the governments of the United Kingdom and the European Union, marking the end of sanctions and the resumption of full re-engagement between the Bank Group and the East African nation.

The long road to resolution of Somalia’s debt arrears began in 2014 and included the completion of three Staff Monitored Programs of the International Monetary Fund, and significant advances on a fourth program.

The process saw the high level of political commitment and consistent engagement of Somali President Mohamed Abdullahi Mohamed ‘Farmaajo’, and Prime Minister Hassan Ali Khayre. This translated into the implementation of reforms that gave confidence to international financial institutions, including the African Development Bank and the International Monetary Fund.

The settlement of the arrears of Somalia to the African Development Bank, is a new beginning for us in Somalia

Speaking on behalf of the Somali government, Minister of Finance, Abdirahman Beileh, said: “The settlement of the arrears of Somalia to the African Development Bank, is a new beginning for us in Somalia. We stuck with our reforms, we were persistent, and it has paid off”.

In response, Bank President Akinwumi Adesina noted that it was a historic moment for Somalia. “I am absolutely delighted that the African Development Bank provided the leadership needed to push for and successfully negotiate the arrears clearance for Somalia. It was a reflection of the power of partnerships and consensus building,” Adesina said.

Adesina further noted, “I commend the government of Somalia for their diligence in implementing reforms, and the UK government and the European Union for paying off Somalia’s arrears to the African Development Bank Group. Together, we got it done for the people of Somalia.”

The Bank Group will immediately provide a new policy-based operation to help boost economic growth and accelerated development of Somalia.

The Bank’s current portfolio in Somalia totals $135 million, covering operations in the agriculture, water and sanitation, transport, social and energy sectors, and capacity building for multiple sectors of the economy. 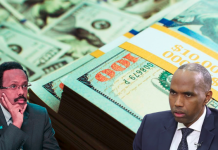 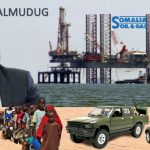 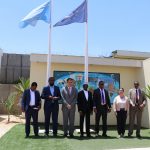