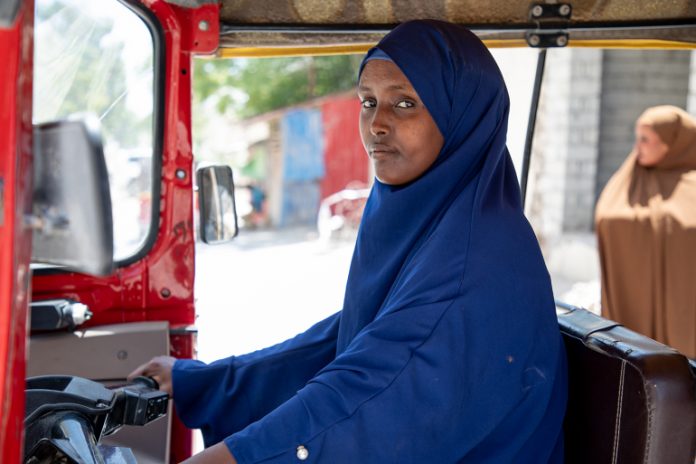 Saynab Abdikarin turns heads everywhere she goes in Mogadishu. The 28-year-old is the first woman to drive a rickshaw taxi in the streets of Somalia’s conservative capital, where the tricycles commonly known as “bajaaj” have long been operated just by men.

“I believe that whatever job men can do, women can do, too,” says Saynab.

A mother of five, Saynab took on the job out of necessity 10 months ago after her husband left her and their children.

But driving a rickshaw in Mogadishu “has a lot of challenges”, Saynab acknowledges. Besides the occasional social disapproval – “some of the men support you, but others say women should be at home and not working”, she says – Saynab is also exposed to the many dangers associated with the job.

In April 2019, three people died when security forces opened fire during a protest that saw hundreds of drivers take to the streets of the city over the killing of a rickshaw operator by a security officer.

Rickshaw drivers have also been caught up in attacks by the al-Shabab armed group, whose fighters frequently target security checkpoints in Mogadishu.

On February 13, at least seven tricycle drivers were wounded at a checkpoint during a suicide bombing.

In response to attacks or as a preventive measure, the government has shut down several roads in Mogadishu – a move that is hurting Saynab and her colleagues financially.

“When roads are closed, it is a problem,” Saynab says, calling on authorities to reverse the policy.

Meanwhile, the city’s female residents, who for long wished there were female rickshaw drivers they could call on, have welcomed Saynab.

A shop owner in Mogadishu’s Hodan district, Safiya says she has never been happier in a taxi.

“I would like other women to also take her taxi and encourage her even more,” she told Al Jazeera.

But Safiya says she worries “a lot” for Saynab’s safety, especially when she works after sunset.

“Mogadishu’s security can be bad,” she says.

Welcomed by other drivers

Insecurity is a major concern for all rickshaw drivers in Mogadishu, and like her male colleagues, Saynab says there are certain neighbourhoods she avoids going to, particularly at night.

“You can get robbed or get killed,” she says, listing Kaaraan, Shiirkoole and Dayniile as some of the areas she will not drive to. “I prefer to work in the downtown area.”

Police officers often give rickshaw drivers a hard time at the many checkpoints dotting the seaside city, but Saynab says being a woman has worked to her advantage when it comes to dealing with security officers.

“Because I’m a woman, most soldiers do not stop me. They don’t bother me. They understand I’m a mother working to support my family. They treat me with respect,” she says with a smile.

Male drivers have also welcomed her and say they are happy a woman has finally joined their industry.

“It is really good seeing a lady working as a rickshaw driver,” says Noor Aden Isse, a colleague of Saynab, urging more women to follow her example.

“I would like to tell all girls to work and not depend on anyone,” he told Al Jazeera. “I also want to tell all the young men that there is work, that they can find work like Saynab.”

Somalia has one of the youngest populations in Africa, with more than 70 percent under the age of 30. But three out of four young Somalis are without formal employment, according to the World Bank, as conflict and insecurity drag on.

More than 60 percent of the country’s youth plan to leave to look for better livelihood opportunities abroad, according to the United Nations.

But Saynab says young people should not abandon Somalia.

“There are jobs in our country if someone wants to work,” she says. “I want to tell the ladies, especially those divorced, you can drive a rickshaw and provide for your family. It is better than to ask for a handout from someone else.” 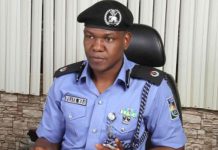 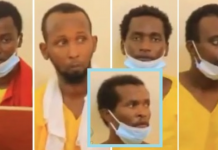 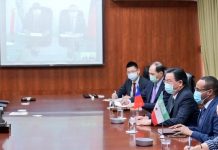 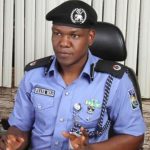 Cabdifatax Ibrahim (Ronaldo)-April 22, 2021
0
Security analysts yesterday expressed outrage over the news of the deployment of 144 personnel of the Nigeria Police in Somalia under an African Union... 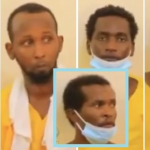 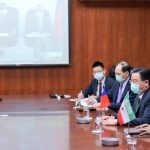 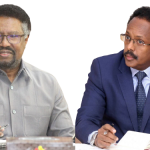 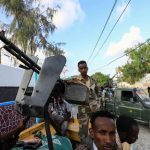 Use of personal information

We use your personal information to provide the Service, complete your transactions, and administer your inquiries. We only use your personal information to contact you with caasimada.net newsletters, marketing or promotional materials if you have given us your prior consent or if it is otherwise permitted under applicable law. If you decide at any time that you no longer wish to receive such communications from us please use the subscription management options provided in any of the communications, and, if you have a caasimada.net account, you can manage your preferences in our Communications Preferences Centre. We may also use general information from your use of our service for statistical analysis and product development. The legal basis for processing of your personal data is performance of a contract with you, cf. General Data Protection Regulation (“GDPR”), article 6 (1) (b), or our legitimate interests, such as administering your inquiries in an appropriate way and due time, cf. GDPR, article 6 (1) (f).

You can create a profile if you choose to use our Service as a Contractor. This profile will be publicly viewable via the Service and your personal data will be available to the relevant parties. The processing of your personal data is based on our legitimate interests in relation to the Service, the cf. GDPR, article 6 (1) (f). You may edit your Contractor profile via your account.

We may share aggregated information that does not include personal information and we may disclose non-identifying information with third parties for industry analysis, demographic profiling and other purposes.

Compliance with Laws and Law Enforcement

We will only disclose information about you to government or law enforcement officials or private parties if we are obliged to do it, e.g. due to a legal obligation, cf. GDPR, article 6 (1) (c), or believe it necessary in order to pursue our legitimate interests, such as responding to claims and legal process, protecting the property and rights of caasimada.net or a third party, protecting the safety of the public or any person, or preventing or stopping activity we may consider to be, or to pose a risk of being, illegal, unethical or legally actionable activity, cf. GDPR, article 6 (1) (f).

caasimada.net provides a rating and feedback system where Clients can express their opinions publicly. The Clients review the Contractors after they have transacted. In that way all users of the Site will be able to see to what extent the Contractors have matched the Clients’ tasks. Caasimada.net collects and stores such reviews, whether it is points on a scale, comments about the Contractor’s performances or the Client’s satisfaction, and the reviews will be publicly available on the Site. Such processing of your personal data is based on our legitimate interests, such as the credibility of the Service, cf. GDPR, article 6 (1) (f).

Storage of your personal data

Your personal data will be stored as long as necessary for the purposes above which, as a main rule, would be as long as there is an ongoing Client relationship or the user is regarded as active. Any further retention may take place for documentation purposes.

You have the right of access to information relating to you. You also have the right to request rectification and under certain circumstances deletion of incorrect or misleading information that we have registered about you. Further, you have the right to restriction of processing of your personal data and the right to object. Under certain circumstances, you may also a have a right to data portability. If you have consented to processing of your personal data, you may withdraw your consent at any time. Such withdrawal will not affect the lawfulness of processing prior to withdrawal. Please contact us at [email protected] if you wish to exercise any of these rights.

We use cookies and other similar technologies to help provide Services, to advertise to you and to analyse how you use our Services and whether advertisements are being viewed. We also allow third parties to use tracking technologies for similar purposes.

We use tracking technologies for the following purposes:
Strictly necessary purposes
To let you login, to ensure site security and to provide shopping cart functionality. Without this type of technology, our Services won\\\'t work properly or won\\\'t be able to provide certain features and functionalities.
Performance purposes
To analyse how visitors use a website, for instance which pages visitors visit most often, in order to provide a better user experience. We also use this technology to check if you have opened our emails, so we can see if they are being delivered correctly and are of interest.
Personalisation purposes
To remember choices you have made -- such as language or region.
Advertising cookies
To limit the number of times you see an advertisement, or to customize advertising across Services and make it more relevant to you and to allow us to measure the effectiveness of advertising campaigns and track whether ads have been properly displayed so we can pay for this.
Social media cookies
Cookies are used by social media services to enable you to share our content with your friends and networks. These cookies may track your browser across other sites and build a profile of your interests, which may impact the content and messages you see on other websites that you visit.
How to manage & remove cookies
If you are using our Services via a browser you can restrict, block or remove cookies through your web browser settings. The Help menu on the menu bar of most browsers also tells you how to prevent your browser from accepting new cookies, how to delete old cookies, how to have the browser notify you when you receive a new cookie and how to disable cookies altogether.
You can also visit http://www.aboutcookies.org for more information on how to manage and remove cookies across a number of different internet browsers. You also have the option to change your choices relating to cookies utilized to deliver behaviorally targeted advertising here \\\"Advertising cookies\\\".
We also use Flash cookies to provide some content such as video clips or animation. You can manage Flash cookies via Adobe\\\'s website.
If you are using our Services via an application, the operating system for your device provides instructions on how to prevent tailored advertising and how to reset your device\\\'s advertising identifier.
If you would like to contact us about cookies please email us at [email protected]
Contact us If you have any questions about this privacy statement, the practices of this site, or your dealings with this Web site, you can contact us using [email protected].
Save settings
Cookies settings
error: Sorry Lama ogola in aad daabacatid
MORE STORIES