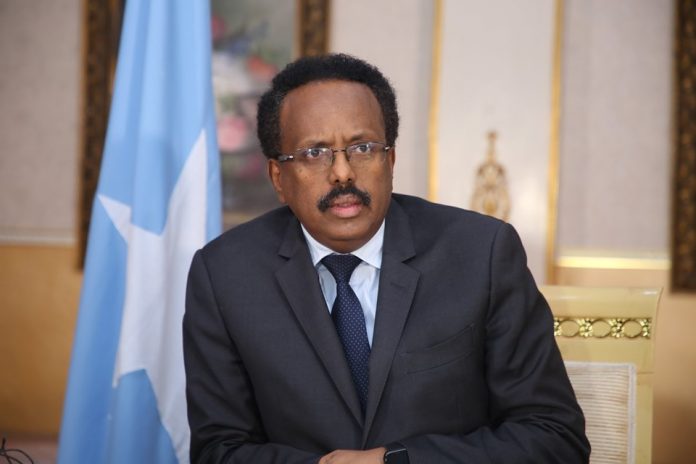 Kenya is watching events in Somalia with a keen interest even while it appears detached from commenting directly.

On Saturday, Somalia’s parliament cancelled a two-year extension on President Mohamed Farmaajo’s term, allowing him to take the matter back to a discussion with federal member states.

It brought a respite to the country after political rivals generally agreed with the decision.

But the country had been on the brink with clashes last week in Mogadishu.

Farmaajo has accused Kenya of interference but Nairobi stayed out of the chaos, with some diplomats telling the Nation it was not worthy disagreeing with a politician in the middle of a self-inflicted crisis.

Yet Nairobi has pulled levers in the international scene, both within the African Union and the United Nations Security Council.

On April 29, Kenya endorsed calls to reject, for the fourth time, the controversial extension of term and urged political stakeholders to restart talks.

After the meeting of the Coordinating Committee (MOCC) of Troop Contribution Countries to the African Union Mission in Somalia (Amisom), the group declared it was totally opposed to Farmaajo’s ways, and raised doubts on the unity of Somali forces to remain out of politics.

They directed Amisom to remain neutral as an emergency safety valve against a polarized military in Somalia.

“Importantly, the MOCC stressed that Amisom should avoid being drawn into partisan politics in Somalia and remain neutral vis-à-vis the various political factions and parties, in order to effectively facilitate the demilitarisation of Mogadishu and environs,” the committee said in a dispatch after their meeting chaired by Bankole Adeoye, the Nigerian diplomat who is the Commissioner for Political Affairs, Peace and Security.

“MOCC underscored that the current crisis in Somalia is primarily political, even though it has grave ramifications for both the security situation and military operations.”

Earlier in Nairobi, President Uhuru Kenyatta had a phone call with British Prime Minister Boris Johnson where they shared “concerns on the unfolding political situation in Somalia, and resolved to work more closely through the UN Security Council, the Commonwealth and other multilateral platforms to ensure regional peace and stability,” according to a dispatch from State House.

The phone call would be followed by a trip by British Ambassador to Somalia Kate Foster to Nairobi, where she held a meeting with Defence Cabinet Secretary Monica Juma.

“She briefed me on the current developments in Somalia and we reaffirmed commitment to strengthen our partnership in the pursuit of sustainable security in Somalia,” Dr Juma wrote on her Twitter page after the meeting.

Observers think the involvement of Kenya is mostly because Nairobi is both a member of the AU peace and Security Council as well as the UN Security Council; crucial bodies charged with monitoring threats to security.

But it could also point to Nairobi’s relative stability and a realisation that Farmaajo had always been the wrong horse to back.

“It is a positive thing on the part of Kenya. It implies the strength of Nairobi in the region especially when the neighbourhood goes haywire,” said Macharia Munene, Professor of History and International Relations at USIU-Africa.

“They cut diplomatic ties but Kenya did not, so it is very actively involved. Now it means there are genuine concerns as far as Washington on the threat of Al-Shabaab if we lost focus now. It is also a subtle realisation they should rethink backing Farmaajo as they have done,” he told the Nation.

After a virtual meeting with President Uhuru Kenyatta, and Cabinet Secretary for Foreign Affairs Raychelle Omamo; US Secretary of State Antony Blinken warned that allowing Farmaajo’s two-year term could ruin the relative stability gained in the country.

“Secretary Blinken underscored the United States’ concern about the ongoing humanitarian and human rights crises in Tigray, including the reports of atrocities, and the threat that the extension of President Farmajo’s term poses to stability in Somalia and the campaign against aA-Shabaab,” Ned Price, the State Department Spokesman told the media on April 27.

“Secretary Blinken noted Kenya’s strong and durable multilateral engagement and welcomed the opportunity to cooperate closely with Kenya on the UN Security Council on matters of international concern.”

Farmaajo, whose term expired on February 8, has been around largely under transitional clauses in a law passed last October allowing incumbents to stay in office until new officials are sworn in.

But his acts in the last two months have seen opposition groups withdraw their recognition and demand that he resigns.

Ahead of the special sitting on Saturday, opposition group Council of Presidential Candidates, chaired by ex-President Sheikh Sharif Ahmed, warned the country’s stability rested in the act of the MPs.

“Outgoing President Farmaajo is the main obstacle to reaching an agreement on the country’s elections. The Lower House should relinquish control of the electoral process and President should vacate the Villa Somalia he has occupied illegally,” they said, recommending that Prime Minister Hussein Roble runs the affairs until after elections.

Farmaajo also agreed for the Prime Minister Hussein Roble to be in charge of preparing for elections and its security. Crucially, however, Farmaajo will still remain commander in Chief even as he negotiates for an electoral deal.

Having run the country by cracking down opponents and journalists, Farmaajo’s popularity which rose as he gave speeches in defense of Somalia’s sovereignty, had been shredded by his routine failure to hold negotiations for elections.

Hussein Sheikh-Ali, a Somali researcher and Chairman of the Hiraal Institute in Mogadishu, posed, “If Farmaajo was sincere about the de-escalation of violence in Mogadishu, why is he redeploying those notorious paramilitary units back to Mogadishu?”

He referred to barricades erected across the city on Saturday as parliamentarians planned to enter their session.

Former and current commanders of key units of security agencies split along clan lines, raising tension in the capital.

Former Mogadishu police boss Sadiq John who had been fired for blocking a session to extend the term took hold of parts of the city. Others included Yusuf Mohammed Siad, a former administrator and former Minister for Defence.

He served as a senior army officer before later disagreeing with Somalia. Also involved was Ismail Abdimalik a former commander of elite forces known as Danab, trained by the US army.

There was also Osman Haadole, who has been in charge of units in Middle Shabelle.

Under Somalia’s delicate security structure, the divisions mean even Farmaajo cannot rely on his army for protection.

Farmaajo’s immediate crisis, argued Dr Abdiwab Sheikh Abdisamad, a Kenyan academic, will be to prove that his next steps can be believed.

“There has been a tussle between centralists and federalists and there is mistrust between them. An agreement could affect both in one way or another,” he told the Nation.

“He may choose to increase the number of stakeholders, which dilutes his own bargaining power. He may choose to agree on the Baidoa Proposals, but Jubbaland and Puntland will be at odds. Eventually they will agree,” he said referring to a report by a technical team on elections whose proposals divided Farmaajo and federal member states.

The parties must decide venues, security arrangements and members of the electoral management committees.