Arms embargoes prohibit the supply or transfer of arms and related materiel to specific areas or actors. They often remain in force for longer periods: the arms em­bargo on Somalia has been in place since 1992. They entail direct obligations to act on UN member states – unlike travel bans for example, which have to be imposed individually. But unless their objectives and reach are adjusted to keep pace with dynamically evolving situations, arms embargoes risk becoming purely symbolic.

Over time UN arms embargoes have tended to become more comprehensive and more precise. In Libya for example many of the conflict parties are today applying dif­ferent military means than they were in 2011, and increasingly make use of foreign fighters. But today’s UN arms embargoes in­clude arrangements for such developments.

While the embargo imposed on Iraq in 2003 simply prohibits the “the sale or sup­ply to Iraq of arms and related materiel”, all other current arms embargoes in conflict contexts also cover technical advice, finan­cial assistance, and training related to military activities. The arms embargo on Libya – like those on South Sudan and Central African Republic – also explicitly prohibits the provision of armed mercenary personnel.

The Security Council also modifies indi­vidual UN arms embargoes with substantial changes with reference to the conflict situa­tion in the target area. The now widespread practice of time-limiting sanctions is help­ful for this. They require regular extensions and therefore, a constant review of the situation on the ground.

There can be deadlocked situations. The arms embargo against Sudan/Darfur was tightened slightly but never expanded to cover Sudan as a whole, largely on account of Chinese objections. Thus, it was almost impossible to control and largely ineffective. But that is not the normal case. De­spite the controversial nature of the West­ern inter­vention in Libya, the Security Coun­cil was still able to agree on relevant changes to the open-ended arms embargo – relaxa­tions in 2011 and 2013 and a re­newed tightening after fighting flared up again in 2014.

In most cases Security Council amend­ments are designed to differentiate the embargo, above all through exemptions. These exist in all conflict-related regimes today, with the exception of the measures against the Taliban. Exemptions allow for deliveries of non-lethal equipment for humanitarian purposes for example, or military supply to peace operations, but also for the capacity-building of national security forces. In almost all cases, such a possibility to support and train national security forces – which otherwise would be covered by the embargo – is foreseen. The arms embargo on DR Congo has gen­erally applied only to non-state actors since 2008.

Such an easing is often justified by the Security Council with reference to changes on the ground, for example the installa­tion of a civilian transitional government or large­ly free and fair elections held. So actual events do matter, but they are natu­rally interpreted by the Council. Where miscalculations occur it may become im­possible to implement an embargo effec­tively.

Even if adjustments are timely and appro­priate, they are not easy to implement and monitor. Exemptions may create new loopholes. Moreover, their conditions may be complex, as is the case with the wide­spread requirement to notify the relevant sanctions committee or seek its advance approval. If arms embargoes are to have the intended impact, alterations and their ob­jectives must be clearly formulated and com­municated to the member states, espe­cially those in the affected region.

Using the Mechanisms in the UN Sanctions System

Not all UN member states possess sophisti­cated systems for controlling the export and transit of goods. Yet, this is a crucial pre­requisite for effective sanctions regimes, alongside translating Security Council sanc­tions into national law and involving the private sector. Furthermore, law enforce­ment in many UN member states is ill-equipped to pursue violations.

It is therefore crucial to strengthen these capacities in member states. This already occurs fairly comprehensively in relation to measures against terrorism and nuclear proliferation, but in the case of sanctions designed to contain or resolve conflicts much work remains to be done. Relevant starting points can still be found in the out­comes of the Bonn-Berlin Process, which Ger­many initiated in 1999 to support na­tion­al implementation of UN arms embar­goes.

But it is a fine line between inadequate capacity and conscious evasion and vio­lation. Therefore, mechanisms to improve the implementation and enforcement of sanctions have been put in place within the UN system. First of all, arms embargoes are no longer configured as stand-alone measures. Since that approach proved large­ly ineffective, they are now usually imposed in conjunction with commodity bans and/or asset freezes, to hinder the financing of arms purchases.

In Libya for example a ban on illicit ex­ports of crude oil and refined petroleum products is part and parcel of the sanctions regime. But conflict parties that receive direct military support from third states are less dependent on such sources of fund­ing. The sometimes open interventions by Rwanda and Uganda in DR Congo, thus, triggered a Security Council decision on aviation and customs controls at the coun­try’s eastern borders. And in 2009 secondary sanctions were imposed on Eritrea for assisting Al-Shabaab in Somalia. But such firm Security Council responses to vio­la­tions by states are relatively rare, especially when the interests of permanent members are involved.

Another approach is listing individuals and entities involved in breaching an em­bargo. Almost all the nine current arms embargoes provide for the possibility to re­spond to violations with travel bans or asset freezes. But very few individuals and en­tities are actually listed on these grounds: to date three for Somalia, one for Sudan and four for the Taliban.

Only in the case of DR Congo has a larger number been listed for this reason, partly because until the end of 2005 violating the arms embargo was the only criterion available for listing. Today the tendency is to establish more and more differentiated listing criteria. But it would also be important to actually apply the exist­ing criteria in the UN sanctions system when violations occur. 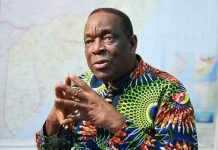 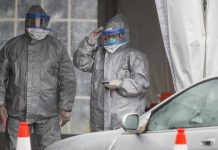 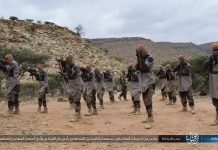 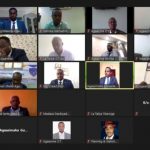 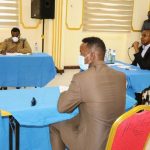 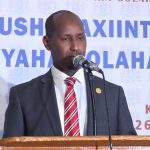