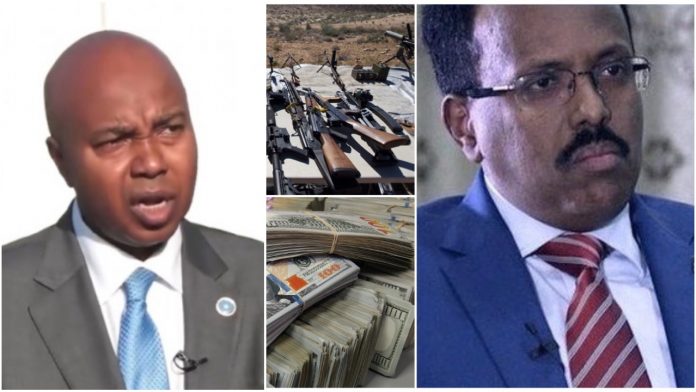 On April 25, violence broke out in Somalia’s Mogadishu between different units of the Somali army, the police and mysterious militias. For two more days, skirmishes were reported in different parts of the city leading to residents fleeing their homes. The media reports and images were reminiscent of the 1991 civil war. Somalia was on the brink of violence again.

To deescalate the political tensions that have engulfed Somalia and the violence in Mogadishu, President Mohamed Abdullahi Mohamed, also known as Farmajo, addressed the nation and requested the Somali parliament to rescind his two years term extension that was previously passed by the parliament. The president’s trade-off remarks brought normalcy back to the capital.

Nevertheless, Somalia’s political and electoral crisis, the recent violence in Mogadishu and the fissure within the Somali army and police point to structural challenges undermining Somalia’s nation-building efforts.

Ever since Farmajo, a dual Somali and U.S. citizen who was a New York State bureaucrat, was elected in 2017, he espoused nationalist policies and discourses – which resonated with the majority of the Somali people.

After three decades of clan-based violence coupled with al-Shabab terrorism, Somalis were yearning for peace, good governance and stability.

Farmajo, whose short tenure as a prime minister of the country was praised by the people, was the perfect candidate to stabilize Somalia.

Indeed, his government conducted numerous administrative and economic reforms. The Somali army’s numbers increased with the establishment of lethal units like Gorgor and Haramcad brigades.

Furthermore, the president maintained a low profile. He gave few speeches and avoided clan-based political discourses or engaging with the oppositions in diatribes.

More significantly, the president embarked on centralization efforts. Somalia’s federal states, which function like quasi-independent states, are a big challenge in building a functioning and stable Somali state. The opposition of Puntland and Jubaland to Farmajo’s centralization policies resulted in the current protracted electoral crisis.

Puntland and Jubaland have their own reservations about a strong federal government in Mogadishu. Indeed, Somalia – given its civil war experience and clan-based politics – doesn’t need a totalitarian government.

Nevertheless, federalism, which should have brought cooperation in governance, became a political obstacle in state-building processes.

There is no clear political hierarchy in the Somali federal system, and this has made the political differences worse. With the violence in Mogadishu, Farmajo’s idealistic politics and centralization efforts have come face-to-face with the realities of Somalia’s clan-based politics and federalism.

The political elites in Garowe and Kismayo have always been skeptical of the federal government in Mogadishu. It seems they have a deeper understanding of Somalia’s clan-based politics, which has evaded Farmajo’s attention, given his idealistic Somali nationalism.

For the political elites in Garowe and Kismayo, Mogadishu is not only the center of the Federal Government of Somalia (FGS): it has become the hegemonic political center of a specific clan or clans. Together, Jubaland and Puntland are hell-bent on safeguarding their own political autonomy and interests against Mogadishu.

Farmajo’s centralization efforts and strengthening of the federal government vis-a-vis the federal states were viewed as a threat in Puntland and Jubaland. The electoral crisis that has been going on for the last year is a “war” between Farmajo’s idealism and Puntland’s realism.

Now that the army and the police in Mogadishu have been split along clan lines, it seems like Puntland and Jubaland are saying to Farmajo: “look, there is no functioning state in Mogadishu, to hell with your centralization.”

Nevertheless, from a sociological viewpoint, Somalia has structural issues hindering its state-building processes. The realities that Farmajo faces will not disappear when he leaves office, which may happen very soon.

These paradoxes have to be solved by the Somali political elites if federalism is to work in Somalia, or else secessions, rogue federal states and balkanization will always be a threat to the Somali state and political stability.

Somalia also needs a unified national army and police. The recent violence in Mogadishu is an indicator that the Somali security sector is very weak and fragile. A properly trained army and police that is indoctrinated with national values and principles, and sanitized from clan politics is also a necessity. No state can function without a unified and disciplined national army.

Finally, Somalia needs reconciliation talks on a national scale. The pain, trauma and grievance of the civil war still loom over the Somali body politics.

At the foundation of the mistrust and disagreement of political elites is the unresolved traumatic legacy of the civil war. It is time to heal the Somali people through grassroots dialogue.

On May 1, the Somali parliament rescinded the government’s two-year term extension. Both the international community, the United Nations office in Somalia and Turkey welcomed the decision.

Moreover, the president handed over the mandate of the elections process to Prime Minister Mohamed Hussein Roble.

The political tension in the country seems to be cooling down and elections are on the horizon. Nevertheless, Somalia’s incessant structural issues need to the resolved – either now or in the near future.

*Graduate student and a teaching fellow in the Sociology Department, Ibn Haldun University

About the author, Abdirashid Diriye Kalmoy