Users in the Arab Gulf region reacted to the reports of Qatari involvement in the recent hostage release of Italian volunteer Silvia Romano after her captivity by al-Shabaab, pointing to Doha’s track record of facilitating finance of terror groups.

Romano, an Italian aid worker kidnapped 18 months ago in East Africa, landed in Rome last Sunday a day after being freed. She was found in Somalia, some 30 km outside the capital, Mogadishu, and was released thanks to efforts by an “external intelligence agency,” Italian Foreign Minister Luigi Di Maio said at the time.

After her release, Turkish security sources said Romano was rescued after a joint effort by Turkey’s MIT intelligence agency and Italian and Somalian government authorities.

While reports of who between the Italian Qatari government actually paid the ransom for Romano’s release are still unconfirmed, Somalia’s former head of intelligence told Al Arabiya that Doha may be linked directly al-Shabaab in the Italian’s release.

Abdullahi Mohamed Ali, who is the former director of the Somali National Intelligence and Security Agency (NISA), said the allegations of Qatari ties to al-Shabaab were “nothing new.”

“The Qatari government has a political rapprochement Ideology with the regime currently ruling in Somalia, and the Somali government uses Qatari money to implement Qatar’s plans against its opponents in the region and strike their interests,” he added.

One of the many reactions to Romano’s release was Kuwaiti professor Abdullah al-Shayji’s tweets describing his surprise at the Italian media’s negative response to the released detainee, who had converted to Islam during her captivity.

“In November 2018, the Somali al-Shabaab group kidnapped a #SilviaRomano Italian young woman working as a volunteer for a relief organization in #Kenya. They treated her with respect. She converted to Islam and changed her name to Aisha. The Turkish Intelligence contributed to her release – she arrived in Italy – the press attacked her and questioned her Islam! # Islamophobia and #Racism!” al-Shayji tweeted.

Silvia Romano, escorted by Carabinieri, lowers her face mask for press as she arrives at her home, in Milan, Italy, Monday, May 11, 2020. (AP)

“First: The Somali al-Shabaab is a terrorist group, which is the branch of al-Qaeda in Somalia, and it appeared in conjunction with the terrorist organization ISIS and bears the same slogan. Second: The phrase ‘they treated her with respect’ is polishing a terrorist group. Third: Turkish mediation is evidence of Turkey’s support and financing for the group and the close link between them,” twitter user @sara369q8 wrote.

Last summer, allegations of Qatari complicity in an extremist attack in Somalia caused an outcry after an audio recording obtained by the New York Times showed Khalifa Kayed al-Muhanadi – a businessman linked to the Qatari emir – telling Qatari ambassador Hassan bin Hamza Hashem that “our friends were behind the last bombings.” Al-Muhanadi was referring to a suicide bombing in Bosaso in northern Somalia which wounded at least eight people last May.

Listening with horror at this intercepted call between #Qatar’s agent and Qatar’s Ambassador to Somalia:
We know who is behind the bombings … Violence is beneficial as it will make the #Emiratis run away from there..
How low Qatar can go ? 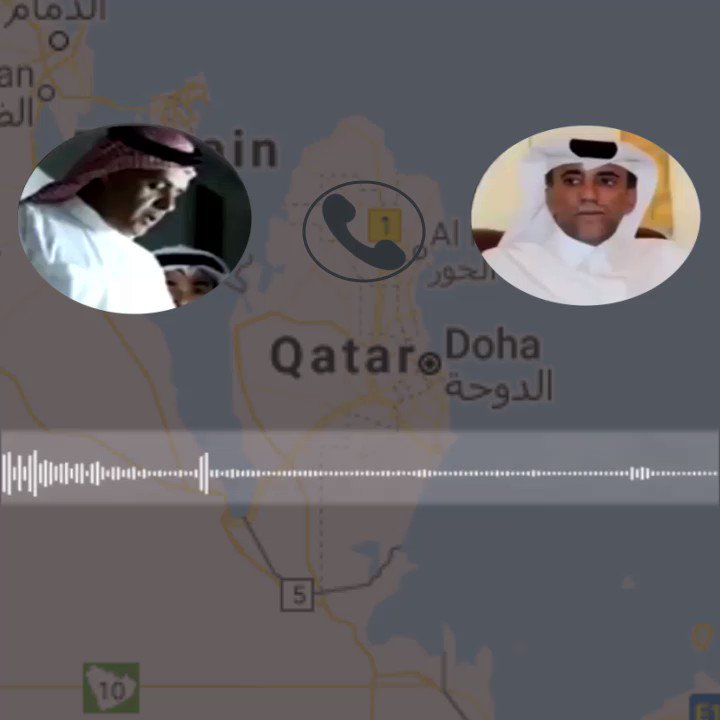 566 people are talking about this

Qatar’s track-record of playing the mediator role between governments and terrorist groups across the world in countries like Iraq and Syria has landed the country in hot water over the years with accusations that its policy of paying ransom to terrorist groups is an indirect method of terror financing.

American journalist Theo Padnos, an American journalist who was abducted in Syria by al-Qaeda-linked Nusra Front militants in 2012, spoke to Al Arabiya in 2018 on how Qatar’s efforts to secure his release in 2014 left him with concerns over the Gulf state’s funding of terrorism.

Padnos said he was left with the impression that the process of hostage-taking and paying ransom money was a way in which Qatar was able to fund Nusra Front indirectly.

“During my imprisonment, I learned that there were negotiations between members of Nusra Front and a Qatari ambassador … I came out with the impression that hostage-taking and paying ransom to release the hostages is a way for Qatar to fund Nusra Front,” Padnos said at the time.

Russian helicopter shot at in Somalia

How Somaliland’s oil find could reset the regional balance

Russian helicopter shot at in Somalia

Cabdifatax Ibrahim (Ronaldo) - January 30, 2023
0
A helicopter of Russia's UTair airline participating in the UN humanitarian mission has been shelled at a Mogadishu airport. "The Russian helicopter of UTair-Helicopter services,...

How Somaliland’s oil find could reset the regional balance

Cabdifatax Ibrahim (Ronaldo) - January 30, 2023
0
The presence of oil in Somaliland has been confirmed by a recent exploration. The discovery has raised the stakes in Somaliland’s claim for independence from Somalia...

The more the merrier, says Miano as EAC vets Somalia’s bid to join the...

Cabdifatax Ibrahim (Ronaldo) - January 28, 2023
0
U.S. troops may no longer be eligible for a National Defense Service Medal, but that doesn’t mean the Global War on Terrorism is over. On...
Load more
Follow
Subscribe to notifications

Somali Heritage Week inspires hope for the next generation

The UAE’s Military Adjustment in the Bab El-Mandeb: From Power Projection...