In early September, the Federal Government of Somalia [FGS] imposed a blockade on Jubaland state, triggering one of the region’s biggest economic and travel problems in years.

The ongoing blockade has posed a particular challenge for the local residents already facing numerous troubles, including humanitarian crisis, unemployment and lack of access to relief assistance from aid agencies.

Shaafi Raabi Kaahin, the chairman of Jubaland’s Chamber of Commerce said they recorded 200 young men and women who lost their jobs within 3 months after employers reported they were unable to pay salaries.

The business-owning citizens, mainly the travel agencies in the southern port city of Kismayo felt the pinch from the air blockade that subsequently resulted in the ripple effects on workers to be extensive.

Each of the fired employees has been the breadwinner for his or her family, comprising of between five and seven, which means nearly a thousand people now bearing the brunt of the crisis and face starvation.

Many other labourers are worried about whether they’d pay the price, said Kaahin, adding the average salary of the employees working in various private businesses can be as low as $200 a month, or less.

“We don’t know what will happen,” Ahmed Hassan told Garowe Online in a phone interview. “I will have to go home without anything. I need this job because I am the breadwinner of my whole family.”

Kaahin said the Chamber of Commerce has lodged a complaint with the two houses of Somali Parliament against the Government over the blockade imposed on Kismayo in Lower Jubba region.

In September, the FGS suspended flights to and from Kismayo, the main city in the country’s southern Jubaland ahead of the inauguration of Ahmed Madobe, who was re-elected 3rd term in office in August.

The Federal government says it will require international and local flights going to and from Kismayo to stopover at Mogadishu’s Aden Adde Airport, a move that hindered the air transport to the coastal city.

Mogadishu-based Federal Government has been waging a political war against Madobe, who it accuses of collaborating with Kenya amid unprecedented deadlock between the neighboring countries over oil-rich sea boundary. 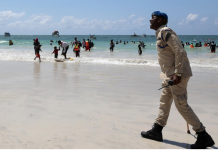 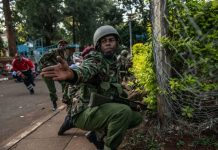 How crime is closely linked to Al-Shabaab’s survival strategy 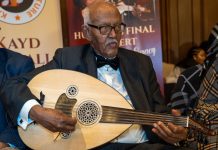 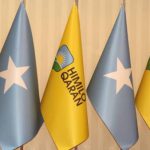 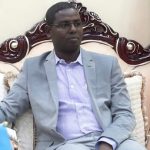 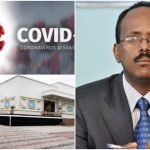