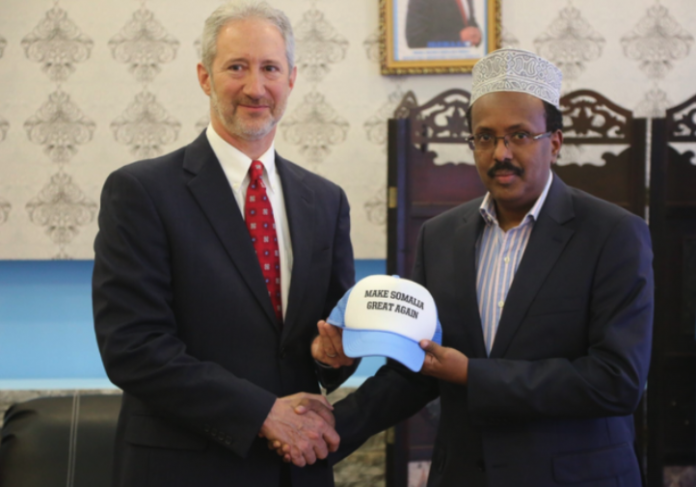 A former US envoy to Somalia has squarely blamed outgoing President Mohamed Abdullahi Farmajo for being the stumbling block in the ongoing pre-election talks, arguing that the matter should have been controlled before escalating.

In an interview with Voice of America, Somali, Stephen Schwartz, who served as US ambassador in Mogadishu from 2016-2017, described the current Somalia situation as “dangerous and unfortunate” that should not happen in the “new millennium”.

He accused Farmajo of failing to work on an agreed electoral process during his 4-year presidency. He was ambassador when Hassan Sheikh Mohamud was president before he handed over to Farmajo.

Schwartz statements come just several days after the US and a host of Somalia’s international partners expressed concerns after the Lower House unilaterally extended President Mohamed Abdullahi Farmajo’s term by two more years without allowing the Upper House to approve.

Somali government response to international partners’ statements on the illegal Farmaajo’s term extension has been very severe in a show of strength rhetorically, relying on Qatari secret cash and military support from Turkey, Ethiopia, and Eritrea, Schwartz claimed

Schwartz said, “no question” that Fahad Yasin has powers beyond the control of the intelligence service. He is a political commander and the channel of Qatar’s money to Somalia. This gave him a strong influence on FGS and Farmaajo. His role in politics complicates the decision-making, he added.

Fahad Yasin is a close associate of Farmajo and he has been pushing for political negotiations in Somalia to the detriment of the opposition. Previously, the opposition has asked the government to sack him over “bias”.

On Monday, Farmajo asked DR Congo President Felix Tshisekedi to intervene over the Somalia issues by his position as the chairman African Union. Farmajo however, maintained that the country is ready to hold direct polls as envisaged in the law.