To amalgamate the parties in a country that has been dominated by ethnic politics, Abiy managed to fold his Ethiopian People’s Revolutionary Democratic Democratic Front for a new party.

Lemma Megerssa, his long-time ally and Deputy leader of the Oromo Democratic Party (ODP) has opposed the merger, insisting that ‘I was against the idea since inception’.

In a with VOA Afaan Oromo, the minister, whose decision to step down as leader of ODP enabled Abiy to ascend to power in 2018, says “I had informed the executive committee and all of them know in details that it was not something I agreed to.”

Lemma is a key leader in the Nobel Peace Prize winner’s government and his pronouncement could cause more confusion in government.

According to him, the merger of the party ‘is wrong and even if it was right it is not the time for it, I have made myself not to be a part of it’.

He said the ODP is yet to answer fundamental questions that Oromo people entrusted with them, adding that, “Our people gave us this question as leaders of the ODP and not to this nationally formed party.”

“Doing this without answering these questions is wrong and it’s failing to deliver on the promises we made. So we have to first answer on the challenges they gave us,” the defense minister added.

Despite resistance from Tigrayan People’s Liberation Front, EPRDF folded early this month, paving way for Prosperity Party that will be under Abiy Ahmed.

Prime Minister Abiy Ahmed, who backed the plan, has hailed the decision as a “crucial step in harnessing our energy to work toward a shared vision”.

The coalition was formed in 1988 by ethnically-based groups fighting the dictator Mengistu Haile Mariam.

When the EPRDF came to power, the TPLF was the dominant party. Meles Zenawi, who led the government from 1991 until his death in 2012, and other key figures were from the Tigray region.

Resistance by Lemma and TPLF could derail the unity philosophy by Abiy, whose ascendancy to power brought about improved rights and freedoms in Ethiopia.

Besides freeing hundreds of political detainees, Ahmed has however struggled to contain ethnic violence which has led to the death of hundreds of people since 2018.

Notably, the Oromia region was worst affected by the violence, which was sparked by the withdrawal of bodyguards attached to Jawar Mohammed, another critic of the PM from his own backyard. 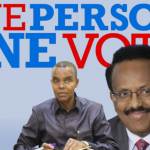 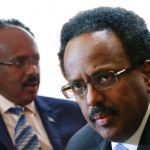 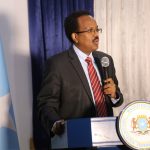