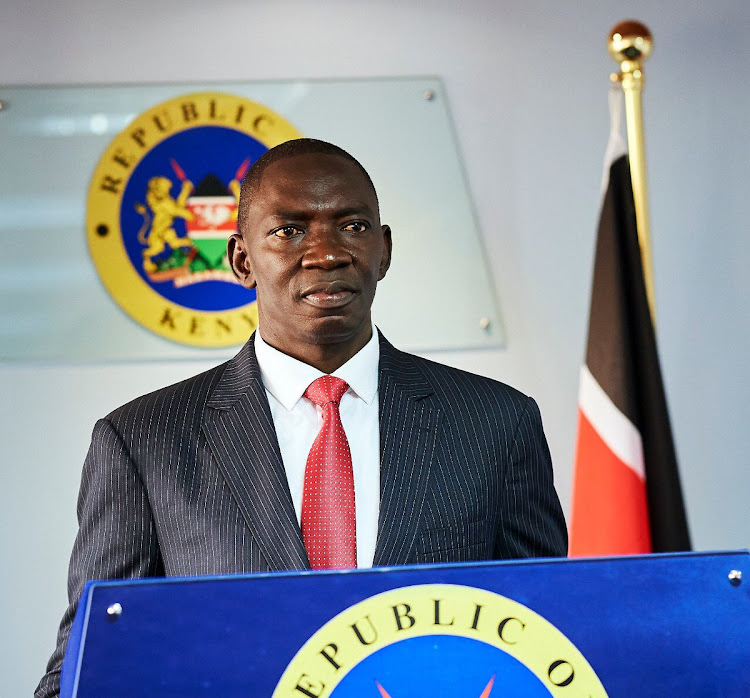 The government has appointed Cyrus Oguna as the new Government Spokesman to replace Eric Kiraithe.

In a statement on Tuesday, ICT CS Joe Mucheru said the move takes effect immediately as the government rebuilds its communication structure.

But little is known about this man. Who exactly is Cyrus Oguna?

Before his appointment, Oguna served as joint national and resource mapping project spokesman.

Between 2014 and 2017, he served as Defense Advisor/ Attache at Kenya’s High Commission in the United Republic of Tanzania.

Oguna is more known for his role In-charge of Kenya Defense Forces Public Affairs Office and Spokesman for KDF at the onset of Operation Linda Nchi, a position he held for three years, between 2011 – 2013.

Oguna came into the limelight when the KDF entered Somalia in 2011. 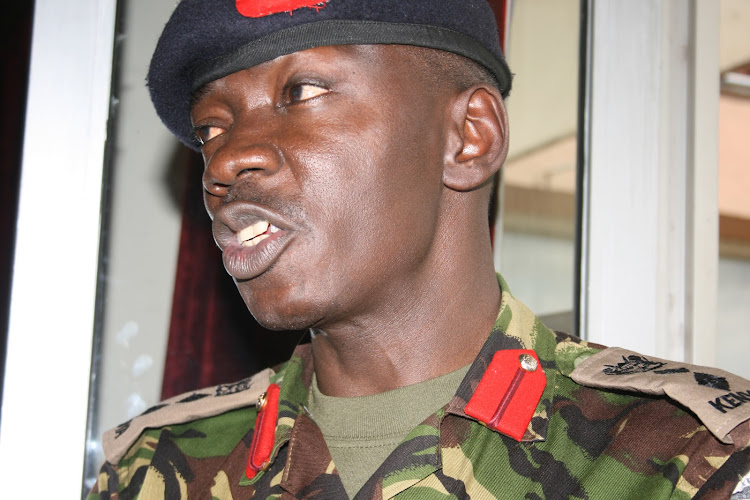 The KDF entered Somalia to fight and eradicate al Shabaab militants who had been terrorising its people.

As the fighting continued, Oguna became the public face of KDF even as they advanced their attacks in Somalia.

Known for his eloquence, Oguna made his announcements on the KDF progress in Somalia with passion.

But Oguna faded from the limelight when KDF officially joined Amisom sparking inquiries on his whereabouts.

Following the changes, Oguna said he has been redeployed to the KDF headquarters and resumed his previous work as the information operations officer.

Oguna is a career military officer who has held various positions relating to the management of personnel, operations, training and communications with KDF and the government.

Prior to this, Oguna headed KDF’s Intelligence Training School.

He holds a Master of Arts degree, from the University of Nairobi and is currently pursuing a second Masters degree in International Studies from the same institution.

He is also a graduate of the prestigious National Defense College, Kenya.

During the course of his career, Oguna was awarded several medals which include Moran of the Order of the Burning Spear.

Oguna is married with two children.

Somalia is not just applying to join East African Community, it is being invited in

Somalia is not just applying to join East African Community, it is being invited...

Cabdifatax Ibrahim (Ronaldo) - February 4, 2023
0
Nearly 13 years ago, when even inside the high-security African Union Mission to Somalia (Amisom) camp they wouldn’t allow visiting journalists to step out...

Cabdifatax Ibrahim (Ronaldo) - February 4, 2023
0
The Somali National Army is making ready to take over the reins of national security from foreign forces under Atmis. A decade and half since...

Cabdifatax Ibrahim (Ronaldo) - February 1, 2023
0
Somalia is hosting a summit of leaders from several neighbouring countries in the Horn of Africa to discuss the fight against al-Shabab, as a...

Explosions were heard in the Somali capital Mogadishu,