At around 2.30pm every day, Ismail Hussein wakes up and looks out the window of his small room in the Park Hotel in Carlton.

His view is of Lincoln Square, a small inner-city Melbourne park which, from Hussein’s vantage, looks idyllic. He can see people going to work, on their afternoon run or lolling on the grass, but he can’t join them.

For almost nine years – most of his 20s – Hussein has been, in his words, “rotting” in Australian immigration detention. The past two have been spent in two makeshift Melbourne detention facilities. He arrived in Australia by boat at age 22, fleeing the Somali Islamist terrorist group Al-Shabaab and their attempts to recruit him.

“Since I was born, I haven’t seen peace in Mogadishu. Al-Shabaab kidnapped me and tortured me, they tried to force me to join them, that’s when I knew I had to run”, Hussein says, speaking by phone from his room.

In November 2013, he came by boat to Australia. Under the Abbott government’s policy to never let boat arrivals stay, he was detained on Manus Island where, in 2016, he was given refugee status. In 2019, he was brought to Australia under the medevac scheme and since December 2020, Hussein has lived at Carlton’s Park Hotel trying to “survive another nightmare”.

He desires freedom, but the Australian government has so far made it clear that he will not get it here.

The hotel is a drab, grey building on the corner of Lincoln Square North and Swanston Street. In the windows, men can occasionally be seen peering out over the street. Recently, it has been the centre of a COVID-19 outbreak, a fire and a brief incursion from a celebrity guest of the government, male world No.1 tennis player Novak Djokovic. Allegations of unlivable conditions are frequent.

Hussein simply refers to it as a “torture prison”.

“They tinted the glass to prevent us to see people outside. We peel it off, they put it back, but now they give up,” he says.

While most days are monotonous and painfully long, Hussein has found a routine to keep his mind from wandering to a dark place: “I take sleeping pills and sleep during the day, so time goes faster.”

He watches films, but even those have become hard to relate to. The hotel gym burnt down in December 2021. Occasionally, Hussein gets out of his room to use the only common area he has access to – a kitchenette with a microwave and kettle but no eating area.

Hussein seldom sees the other refugees. The thought of socialising is depressing because “there is nothing to talk about”.

Earlier this month, Hussein’s routine was thrown by Djokovic’s detention at the hotel, which took place while a series of court cases sorted out whether he could play in the Australian Open.

For 10 days, international and local media, boisterous Djokovic supporters, anti-vaxxers and refugee advocates descended on the streets outside the hotel. Inside, the sudden activity below was a shock.

“I was just feeling sad that one person’s life who is only detained for a few days was more valuable than all of us that have been detained for almost 10 years,” Hussein says.

“The only good thing about it is the attention he brought with him. He can have somewhere to go back to and they will welcome him with open arms. If we go back, we will be welcomed by bullets.”

Somalia has been in civil war since 1991, when the regime of President Siad Barre fell. From 1992, many Somalis sought asylum in Australia. Melbourne is home to the largest Somali population in the country, with about 7000 Somalis living here.

Hussein says the uncertainty of his situation is made more confusing and frustrating because of what he sees as a “random” immigration system.

At the start of 2021, Kurdish-Iranian refugee, Mostafa Azimitabar and 51 other refugees were freed from the Park Hotel and given bridging visas to live in what the government calls community detention. Hussein does not know why some were chosen and others not.

“They just came with a paper list of the names and they said ‘you, you and you’ will get freedom.”

The cases of the men were similar to Hussein’s. Like him, they had sought asylum by boat and been told they would never be allowed to resettle in Australia.

“Even some of … the guys who were released were not recognised as refugees,” he said. 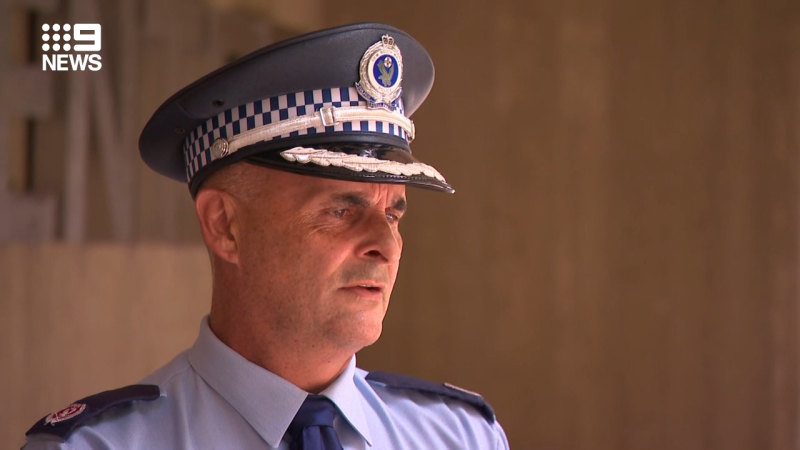 Awhazi Arab refugee Mehdi, 24, has been in detention since he was 15. Tennis star Novak Djokovic may have left the Park Hotel, but Mehdi still waits to be free.

Responding to questions put to Home Affairs minister Karen Andrews, a department spokesperson said it did not comment on individual cases and its “border protection policies remain steadfast”.

Referring to people such as Hussein as “transitory persons,” the spokesperson said in a statement they could return to a regional processing centre or seek settlement in a third country such as the United States. Some could be allowed into the Australian community under community detention, if the minister decided it was in the public interest.

“What is in the public interest is a matter for the Minister to determine,” the statement said.

Similar broad discretionary powers were used by Immigration Minister Alex Hawke to cancel Djokovic’s visa on the grounds he was a threat to public safety and social cohesion.

Hussein’s case has not so far found ministerial favour. Many of his Somali compatriots went to the United States or were released into the community. Some even chose to go back to Somalia. It is an option that, despite the danger, Hussein has considered. “If I could go back I would,” he says. “But I will die.”

Hussein’s lawyer, Noeline Balasanthiran Harendran, from Sydney West Legal and Migration, has been working on his case since 2020. She and another lawyer, Daniel Taylor, have helped more than 100 medevac refugees who came by boat. Some moved into the community, some resettled in the US and a small number returned to their home country.

The process for Hussein to get to the United States has proved slow. It was apparently taken away when then-president Donald Trump imposed a travel ban on people from eight Muslim countries, including Somalia. But the law has since been revoked, and he has applied again.

Those who return to their countries “are pushed to go, not because they want to,” she says.

As for community detention, she says it’s unclear why the minister allows certain refugees out and detains others when, on the face of it, their cases are quite similar.

“It is very inconsistent … it is entirely in the hands of the minister to decide whether Ismail gets a visa. It is just like God”, she says.

Hussein requested to be sent back to Manus Island but was refused. He also applied through a Canadian charity for settlement in that country. His final interview is in a month.

United Nations Special Rapporteur on the Human Rights of Migrants, Felipe Gonzalez Morales, told ABC Radio earlier this month: “According to international law and standards, immigration detention should be a measure for last resort … not a regular one as it has been the case in Australia for many years.”

Hussein has spent so long in detention he is worried about what life will look like if it ends, about the effects of what he’s seen and endured on Manus Island and in Melbourne. And because of the hopelessness of his situation, he hasn’t spoken to family back home in Somalia in years.

In 2021, another Somali asylum seeker, Abdirahman Ahmed Mohammed, died of a heart condition a year after being released in the community.

It’s no Djoke: The chequered history of the hotel holding the world’s best tennis player

Hussein is scared that he could end up in a similar situation. He was brought to Australia under medevac laws suffering from type 2 diabetes, high blood pressure, depression and anxiety – all developed while in immigration detention.

Hussein can’t work out why the Australian people don’t care about what calls “the torture their government do”.

“If they don’t care about us, they should care about where their money is going,” he says. “The Australian government is spending billions to torture people with their taxes.”

The Morning Edition newsletter is our guide to the day’s most important and interesting stories, analysis and insights. Sign up here.

Somalia’s titanic presidential race: What we know so far

Amina Cali (Amina Sonna) - May 14, 2022
0
Two former presidents will face off against the incumbent in Somalia's long-delayed presidential vote on Sunday behind blast walls to protect lawmakers from Islamist...

Somalia’s titanic presidential race: What we know so far

Xuseen Macallin - May 9, 2022
0
After months of waiting, Somalia is set to hold presidential elections on May 15, which has been set aside as the day for destiny...

Cabdifatax Ibrahim (Ronaldo) - May 2, 2022
0
Somali workers under the aegis of the Federation of Somali Trade Unions (FESTU), on Sunday, issued a strong message that the decimation of workplaces...

Cabdifatax Ibrahim (Ronaldo) - May 1, 2022
0
AIPEI (Taiwan News) — Taiwan on Sunday (April 30) donated US$550,000 (NT$16.91 million) and a container of humanitarian supplies to help those affected by...
Load more
Follow
Subscribe to notifications

Remembering Waaberi For A Somalian Sunrise and Re-Birth!

The Financial Oversight and Accountability Report from January – August 2018.