Ali Mohamed Ali, the Hong Kong government’s official – and only – Somali translator tells Jenni Marsh about being a voice for new refugee arrivals in the city, and “becoming Chinese”. 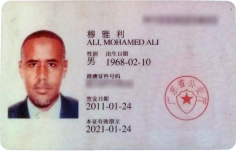 NO MORE NORMAL I was born in Mogadishu in 1968 and my father is an opthamologist, who trained in Italy. Back then Somalia was a military dictatorship under Mohamed Siad Barre.

We had free health care and schooling but not much freedom of speech. Compared to the chaos you have now, however, Somalia was a nice place to live. A “normal” African country.

Compared to the chaos you have now, Somalia was a nice place to live

When I finished high school, I went to Delhi, in India, to study insurance. When I returned to Somalia, civil war had broken out. It was a mess.

Somalia has the longest coastline on the African continent, bigger than South Africa’s, and my family had started a seafood business. We were selling live lobsters to Dubai, so I moved to the UAE.

The El Nino phenomenon was causing biological and physical changes to the environment that affected fish distribution in the oceans and made it harder for fishermen in Somalia to dive down and catch the lobsters. We folded the business and I moved into logistics.

WEST ISN’T BEST I have five sisters and four brothers and they are all over the world: London, Norway, Canada. When I visited my siblings and saw what kind of jobs they were doing – cab driver, security guard – I decided I was not interested in the West.

I decided to go East; there was far more opportunity. After five years in Dubai, in 2002, Hellmann – the logistics giant I worked for – wanted a man in Hong Kong to do their African business. I snapped up that chance. They put me up in a fancy five-star hotel. I’d never meet my target clients there.

So for that first year, I lived in Chungking Mansions. My clients are all ethnic Somalis living in Kenya, visiting Hong Kong and shipping Chinese-manufactured garments back home

For that first year [in Hong Kong], I lived in Chungking Mansions

FOUND IN TRANSLATION I am the Hong Kong government’s only Somali-speaking translator. There are maybe 65 to 70 Somalis in Hong Kong, but, apart from me, the rest are mostly refugees or asylum seekers.

Since 2003, I have been helping any Somali who comes into contact with the police, the court system or immigration. Somalia is a failed state so people are just fleeing. I have to translate their story to immigration: most often they seek asylum from ethnic clan persecution or terrorism, like al-Shabab.

Many people might disagree, but I think Hong Kong is a good place for refugees. Some Asian countries don’t respect the UN – Thailand and Malaysia, for example. But in Hong Kong if you show documents to the police to prove you are an asylum seeker, they respect that. And, although it’s too small, the government does give an allowance to asylum seekers. You don’t have that in mainland China.

NEW PASSPORT In 2009, I became a Chinese citizen. I believe I am the first Somali in the world to “become Chinese” – that’s what the Somali embassy in Beijing told me when I handed them back my passport.

I applied for a home return permit (a travel document that allows Hong Kong and Macau residents entry to the mainland; above) as soon as I got permanent resident status in Hong Kong. People think it’s hard to do but you could do the same, if you were to renounce your passport. Somali passports are not easy to travel on, so I didn’t mind.

I don’t speak Mandarin. I have no relation in China. But I have a return to home permit.

The South China Morning Post runs many op-eds calling the Hong Kong Immigration Department racist, because certain Africans and Indians are being denied visas. I say, “Look at me: I’m not Chinese, I don’t speak Mandarin. I have no relation in China. But I have a return to home permit.” I went to Canada last year and the immigration officer there was looking at my documents and at me and saying, “This is bizarre, bizarre …” Three times he said it. I was the first Somali he’d seen holding an SAR passport.

LONG-DISTANCE RELATIONSHIP I have known my wife, Naima, all my life. We grew up in the same neighbourhood and went to primary school together. In 2003, we got married in Indonesia; a Muslim country.

I could not marry a Chinese woman; Somali men must marry another Somali. Naima lived with me in Hong Kong for a time, but at the moment she is in Canada, where the rest of her family now live. We have two children, a girl and a boy, aged seven and nine. They visit me during the holidays and, at Chinese New Year, when the factories close, I go to Canada. At some point, though, we will have to live together. We cannot be separated forever.

I could not marry a Chinese woman; Somali men must marry another Somali

WHEN OPPORTUNITY KNOCKS The rise in Somali piracy means business is getting harder. There is now a security surcharge for freight going to East Africa. What’s more, Hong Kong is losing out to Guangzhou. Now China is opening up, anybody can get a visa. I’m a typical Somali; I’ll go where the opportunity is. In a few years time, maybe Vietnam will pop up and overtake mainland China. If so, I’ll move there.

I would miss Hong Kong, though, and its freedoms. In 2010, it took me half an hour to register my company here. Can I go to London and start a logistics company that easily? I sit in on many court cases, most often common assault. I’m sure in other countries, they’d say, “This guy is a refugee and he has beaten up a citizen of this country, lock him up.” But there is rule of law here; it’s impartial.

I’m sure in other countries, they’d say, “This guy is a refugee and he has beaten up a citizen of this country, lock him up.”

Even with religion. I am Muslim and attend Kowloon Mosque, on Nathan Road. But sometimes the Chinese suppliers in Sham Shui Po will say, “Ali, it’s time for you to pray.” They have all their Chinese gods but will still offer me their prayer mats. They joke, “Will you ask your god to bless my business?” 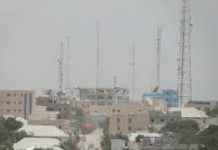 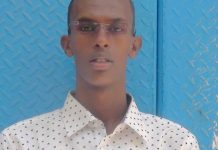 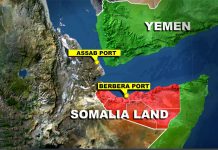 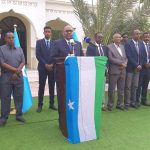 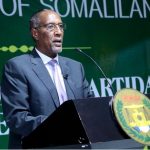 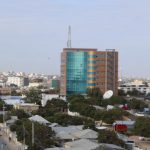