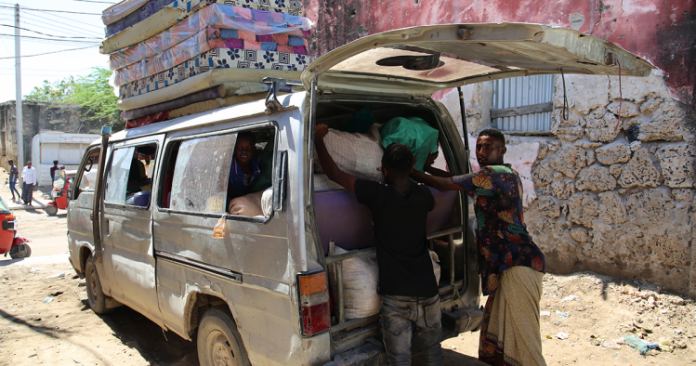 The May 1 vote by Somalia’s caretaker lower house of parliament to scrap the illegal extension of Mohamed Abdullahi Mohamed’s presidential term and back fresh elections is a step in the right direction. Known popularly as Farmaajo, Mohamed’s term in office expired in early February, giving rise to a political crisis that has raised serious questions about the country’s stability. The clashesbetween Farmaajo loyalist and opposition military units in Mogadishu at the end of April and the suicide bomb attack on a police station in the capital’s Waberi district on May 9 are only the latest signs of a worsening security crisis. The potential for violence to escalate further is all too real and more will need to be done, especially on the part of Somalia’s donors, to ensure a peaceful election and transfer of power.

As a result of parliament’s reversal of its decision last month to extend Farmaajo’s term, he has been forced to hand over election preparations to the caretaker prime minister, Mohamed Hussein Roble. On May 2, Roble scheduled election talks for May 20 and appointed a committee headed by the minister of internal security to investigate the clashes between rival security forces that brought Mogadishu to the brink of war at the end of April. The caretaker PM, who is viewed as a loyalist, set up a similar committee to look into the Feb. 19 alleged assassination attempts against two former presidents, but to date has not followed up and this is likely another bid to buy time.

Facing the major task of de-escalating tensions and implementing elections, on May 6 Roble made concession to opposition leaders representing the army units that intervened in support of Somalia’s democracy and took control of the majority of Mogadishu in an effort to convince them to avoid further clashes and return to their bases. This also brought relief to residents of the capital who had fled to escape the escalating violence.

While Farmaajo claims to have delegated the election preparations to his PM, serious concerns remain. On May 2, the Federal Member State of Jubaland issued a statement demanding that he hand over command of the security forces to Roble as well. This is in line with a precedent set by his predecessor Hassan Sheikh, who transferred executive power to his then-Prime Minister Omar Abdirashid ahead of the 2017 elections.

In light of Somalia’s current volatile situation, building widespread trust is now more critical than ever, especially since Farmaajo has eroded the confidence of the public and parts of the army. The key question now is can Roble proceed with mediation efforts facilitated by African Union (AU) Special Envoy John Dramani Mahama without Farmaajo interfering to rig the election after the failure of his attempted coup on April 25?

The people of Somalia and the residents of Mogadishu in particular have run out of patience with Farmaajo. He has turned their city into an open-air prison over the last four years, blockading all of the major streets and restricting mobility under the pretext of fighting terrorism — a problem which has only worsened under his government. As a result of the security measures, residents have been forced to walk miles to take pregnant women and the sick to the hospital and even to bury their dead.

Moreover, the city’s economy has suffered significantly since Farmaajo became president in 2017. The impact of the COVID-19 pandemic and the lack of security have only made things worse, and the government has turned a blind eye to al-Shabaab’s extortion of businesses and locals. This is despite the fact that the region of Benadir, which includes Mogadishu, is the only one that directly pays taxes to the Federal Government of Somalia (FGS). Somalia remains an aid-dependent nation and its government has lost revenue in the form of supplemental and budgetary support from the EU and the U.S. due to excessive corruption. Moreover, the government has mismanaged taxpayers’ money, using it to bribe politicians and local tribal chiefs to support Farmaajo and finance troll farms and lobbyists to polish its image. This caused local businesses to revolt and call for merchants and residents in Benadir to stop paying taxes to the FGS.

While Farmaajo has pushed to hold elections under a “one person, one vote” system, what Mogadishu residents got amid the clashes on April 25 was something else entirely: a “one person, one mattress” system, as locals called it, as they were forced to flee for their lives in the Qaxi Faramaajo, or “Farmaajo Internal Displacement.” In less than a week an estimated 60,000 to 100,000 people were displaced from the capital, according to figures from the U.N. Office for the Coordination of Humanitarian Affairs.

Although the military in Somalia is generally still divided along clan lines, the Somalia National Army (SNA) maintains its professionalism and duty to protect civilians. Prior to the civil war in 1991, the military was controlled by the ex-dictator Siad Barre’s clan and was in a state of disarray, resulting in a growing number of defections. We are now seeing something similar happen with Farmaajo’s government.

Following his attempted power grab in April, opposition military forces intervened in support of Somalia’s democracy, entering the capital and taking control of much of the city. This was driven by several factors. First, the alleged assassination attempts on Farmaajo’s two predecessors, which were interpreted by the predominately Hawiye military as an attack on their clan. Second, Farmaajo’s efforts to fracture the military along tribal lines by sending Hawiye units to the frontline to fight against al-Shabaab with poor equipment and irregular salaries while using those from his own clan (the so-called Gorgor and Haramcad units — trained by the Turkish government — along with other clans) to attack his mainly Hawiye opposition, including civilian protesters. Third, Farmaajo’s attempt to illegally extend his term of office, which was seen as a direct threat to Somalia’s federalism and stability. As one army general leading the pro-democracy troops said, “If illegal extensions were acceptable, ex-President Farmaajo wouldn’t have become president in 2017 because his predecessors would have extended their terms.”

Having stopped Farmaajo’s attempted coup and forced him to return to the negotiating table, the opposition military forces have now returned to their military base outside the city. They overpowered Farmaajo militarily and politically to save Somalia’s democracy, but if Farmaajo tries to interfere in the election and Somalia’s donors sideline him, he will likely be forced out.

But concerns remains over election rigging

Additional measures need to be taken to ensure a peaceful election and transfer of power takes place in Somalia. Farmaajo’s own track record on this front is worrying. There were allegations of fraud over a local housing race in which he ran in Buffalo, New York in 1994 and recent reporting by The New York Timespoints to a troubling parallel from 2007, when several Somali community leaders in Buffalo accused him of manipulation and an attempted power grab for refusing to step down from a community leadership role when his term ended. His opponents see these as example of how far he might be willing to go to hold onto power, especially when the stakes are much higher.

While Farmaajo has officially handed over election preparations to Roble, there is a widespread popular belief that he remains in control. “Farmaajo still rules everything … Roble is just his remote control,” as one Mogadishu shopkeeper told Reuters. The EU has reportedly suspended Somalia’s budgetary supportsince mid-2020 over concerns about potential election rigging, alongside the treatment of journalists and human rights violations. There are additional concerns as well over Somalia’s intelligence chief Fahad Yasin, who allegedly has links to al-Shabab, and the Qatari-funded security apparatus.

In the run-up to the election there are very real worries that Farmaajo may try to manipulate the electoral process through intimidation, bribery, or even outright rigging to stay in power. It’s one thing for Somalia’s donors to insist on the need for transparency, but it is impossible to have that unless steps are taken to build trust and accountability, like having Farmaajo hand over control of the security apparatus. Anything else will just delay the inevitable return to violent clashes. Holding Farmaajo and his enablers accountable and demanding his prompt exit is the only guarantee of a free and fair election and an eventual peaceful transfer of power in Somalia.

Recommendations for the Biden administration and EU

While Somalia’s donors have urged that elections be expedited, Farmaajo has already ensured further delays by appointing an inexperienced caretaker PM to oversee the process, in an attempt to derail AU Special Envoy Mahama from reaching an agreement on how to move forward. To finalize the elections and avoid any additional delays that could further destabilize Somalia, donors should take the following steps:

Guled Ahmed is a non-resident scholar at MEI, a renewable energy and water infrastructure expert, and an entrepreneur. The views expressed in this piece are his own. 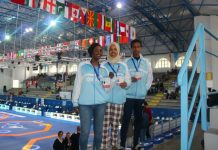 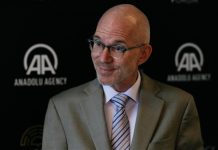 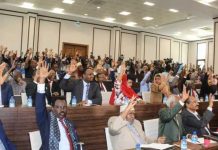 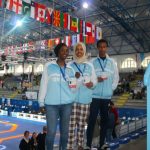 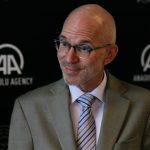 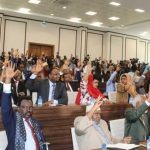